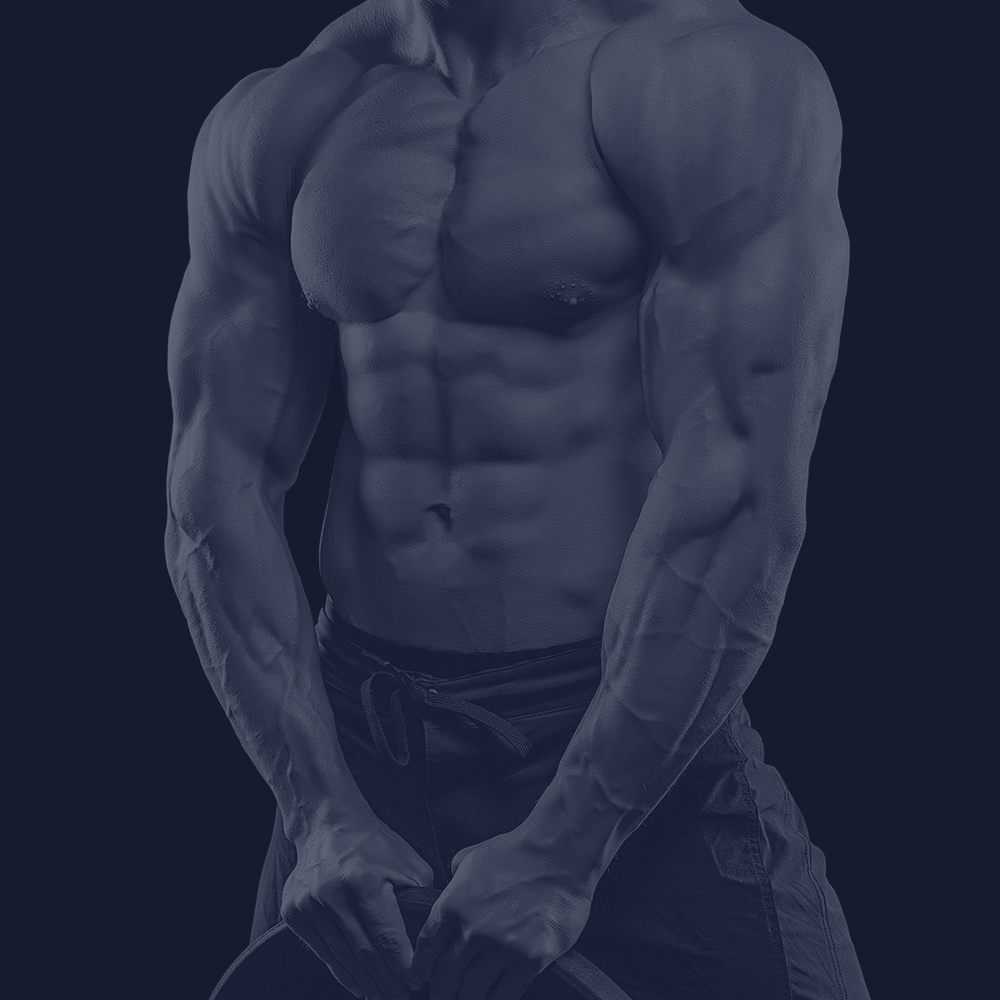 Dieting is not fun. It can even be mentally painful. Sadly, few can be shredded without it.

I find that in order to reach your leanness goal the most important factors are, in order:

Factor no.1 is more important than factors 2 and 3 combined. The truth is, most of you will need to diet down for 12 weeks (sometimes more) to reach your goal.

The key, some will say, is to change your habits for the long run so that it becomes your new way of eating. Thus making it easy to do it over the long run.

I find that while these are noble words that look good on paper, they kinda go out the window when you start to have cravings and feel like you are losing muscle.

Most people (myself included) need tricks to make the process feels less restrictive in order to stay sane and be able to stick to the plan long enough for us to get the desired results.

Here are a few of the tricks that I personally use.

This is a trick I began using when I competed in bodybuilding. I got the idea from Dan Duchaine who wrote about hardcore bodybuilders switching from meat to fish in the last phase of their diet.

Essentially you start your fat loss phase with fattier animal foods and work your way toward the leaner options.

For example, I could start my diet by eating 85% lean beef, then switch to salmon, then to chicken and finally to extra lean (99%) ground turkey.

For 200g portions this would give me:

If I have 3 such meals per day, it will cut caloric intake by 858 kcals/day and fat intake by 80g/day without “eating less”.

I started doing this the last time I competed.  I had to diet for 5 months and reached my lowest body fat level ever. It got to a point where I had uncontrollable cravings in the later part of the day and would just eat whatever I could find in the house.

I decided that the best solution was to avoid having anything in the house I could eat!

I started going to the grocery store every day and would only buy the foods that I would need for that day (and the next morning since I went shopping at around 9am).

I kept the habit afterwards, even when not dieting. Going to the grocery store is now part of my daily routine. On top of better control over my diet, it also allows me to eat fresher meals and avoid wasting food away.

When dieting down I step it up a notch and walk to the store (a 30 minutes round-trip that I can lengthen to 60 by taking some detours). It burns a few more calories (roughly 200-300 kcals) and I build some traps on my way back carrying the bags.

I understand that not all of you can fit a daily trip to the store in your schedule. But the logic still applies: go more often and buy less at a time so that you don’t have too much extra food lying around when you have cravings.

Or you could use my friend Jason Blaha’s suggestion: just don’t keep any binge-worthy food at home. If all you have in your fridge is chicken, lean beef and rice, you aren’t likely to go out on a binge on these foods!

It does boggle my mind that people who go on a fat loss diet would actually keep any potential trigger foods in the house. It’s just so easy to avoid buying them in the first place.

3. Protein Will Not Make You Gain Fat Or Slow Down Fat Loss

When I’m hungry and either: out of meals for the day, far away from my next meal, or still hungry after a meal, I will drink a protein shake and eat 2 slices of fat-free cheese with cucumbers and plenty of salt.

The thicker the shake texture, the better (more for a feeling of being full than anything else).

The satiety from the protein, food volume from the cucumber and filling-out effect of the salt as well as the sweet and salty mix will normally satisfy my cravings and hunger.

The energetic load of this mix is very low and will not affect your fat loss efforts at all. Obviously if you start doing that 3 times a day it might start to slow fat loss down a bit (not that much though). But as a strategy that you use once in a while it will have zero detrimental effect, especially considering the alternative (binging, cheating).

When you adjust your diet to lose fat, your sodium intake almost automatically goes down, often by a lot. Especially if your “normal” diet includes a lot of packaged, frozen or transformed foods. Even more so if fast-food was part of your daily routine.

On top of that, you will likely be exercising more when trying to get lean (by adding cardio and other energy systems work). This means more sweating, which leads to more sodium loss.

The point is that you are likely to be low in sodium when trying to get lean.

Why is that important? Because low sodium decreases blood volume and has a negative impact on muscle contraction, nerve function and cellular volumization. All of which will affect physical performance.

Low sodium also affects muscle “fullness”. When your sodium levels are low, your muscles will feel flatter and smaller due to a reduction in intramuscular pressure. This will not only mess with your head (you’ll think that you are losing muscle) but it can actually reduce anabolism (a higher intramuscular pressure triggers an increase in protein synthesis).

Adding more salt to your daily diet when trying to get lean will keep you more vascular, fuller and stronger. It will even improve endurance, work capacity and recovery.

5. Do Some Physical Activity Before Eating

The first time I ever got lean was when I was 20. While I did use caloric restriction (no diet is magical enough to allow you to lose fat while being in a caloric surplus), I can’t say that my diet was great. I tried to make good food choices, but I also ate things that are typically considered a no-no when trying to lose fat.

I had a very simple strategy for these “no-no” foods: I could eat them, but I needed to do some sort of physical activity prior to having them. It didn’t have to match the calories in that food or anything fancy and scientific like that. It also didn’t need to be a full-on workout. It just needed to be SOMETHING.

The only rule? If it was going to be a low intensity activity, like brisk walking or shooting some hoops, it had to be done for at least 15 minutes. If was a bit more intense, like a mix of push-ups, crunches, jumps, sprints, and resistance band exercises, it needed to be done for 7 minutes, with more work than rest time.

This strategy reminds me of a quote by Jim Wendler. Jim was asked what he thought about kids eating fast food. To which he answered: “It’s fine, if they push the Prowler to get there.”

No, I’m not saying you can counteract a McDonald’s trio by getting on a stationary bike for 30 minutes. The purpose of the exercise period prior to eating has nothing to do with burning more calories. It’s only a strategy to help you eat less.

The fact remains that when it comes to losing fat, although there are many important factors (macro ratio, food selection, meal timing, etc.) caloric balance remains the key element. And the main problem most people have is that they simply eat too much – meal frequency and/or portion control.

Why does this strategy work? Here’s what it does:

GET LEAN FOR SUMMER PROGRAM

GET BACK IN SHAPE - BLITZ PROGRAM