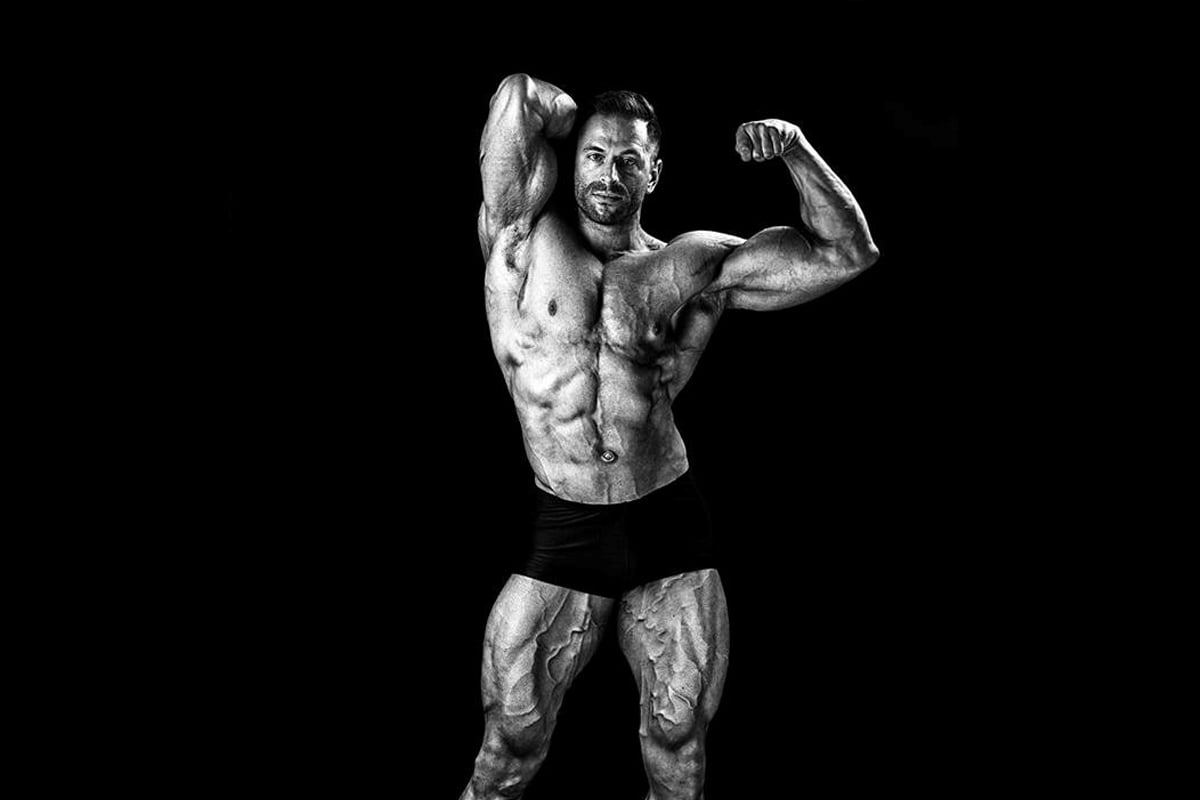 Kick Start Any Fat Loss Diet With This Supplement

When talking about fat loss and supplements, we usually hear about fat burners and stimulants. Stimulating the nervous system to release more adrenaline, then break more energetic resources and finally burn some fat. Usually you want this to happen at the end of a fat loss phase, when energy restriction is high, and you’re slowed down by the diet. But for some reason, a lot of people think about consuming fat-burners before even making any changes to their diets.  Dumb idea? Yeah.

Another family of fat loss supplements are those that act on the thyroid gland. The thyroid is responsible for most of the energy you burn in a day. So, if you crank it up, you’ll burn more of it. The problem is it has a host of side effects and can have drawbacks as well. Think about it: it’s a drug, it’s there to treat health issues but you’re not sick, you’re fat and you just want to lose this fat around your belly. Bodybuilders often use it to accelerate fat loss, but they also use a myriad of other stuff to get there.  That’s a choice, but it may not the best one if you don’t plan on getting on a professional stage.

Most products included in this class are synthetic T3 or T4 like Cytomel and Synthroid, for example.

Now, there is also a line of supplements that will act on blood sugar balance and insulin. Usually, they will act by lowering blood sugar by acting on the gluconeogenesis process, preventing the liver from making glucose from fats and proteins when no carbohydrates sources are available, neither from food or from stored glycogen in the body. Now we’re talking, and that’s clearly the first thing I would suggest to anybody who wants to start a fat loss phase.

Berberine can be your best ally and is also wonderful to kick start a diet. Here’s some insight about it.

One of the first reflexes when trying to lose fat is to try to reduce the insulin output. This is pretty much the reverse of what we are doing when we want to build muscle. Now what happens is that most people will cut out carbs way too much and lose glycogen from their muscles. They feel flat as pancakes and their performance in the gym decreases. That scenario happens to most people and it sucks the motivation out of you, so you end up carbing up with Dairy Queen because you think you’re due for a cheat meal…doesn’t that sound like ‘’déjà-vu’’??

Here’s what berberine will allow you to do. By lowering overall insulin levels, you will be in a state of fat burning more easily and for longer periods. It will also make you more insulin sensitive.  That’s the great thing about it, because you’ll be able to keep some carbs in your diet and not only will it not hinder your fat loss, it will make you fuller! Because you’ll be more sensitive, carbs will be driven to the muscle more easily. Overall, you will need less insulin to drive the same amount of carbs to your muscles. Over time, this equation leads to a fuller look and less fat.

Give A Wink To Cortisol

High cortisol can occur from prolonged dieting, a calorie deficit that is too severe, too much stress, etc.  A workout itself is a form of stress.  When you’re dieting, you’re trying to restrict the energy supply available, putting your body in a state of a deficit, which will make you lose fat because it will take its energy from stored energy a.k.a.  fat. Since energy gets low, your body will not stay there looking and staying partially fueled. This process will elevate a hormone called cortisol. When it does this in the long run, the chronically elevated cortisol can make your body push glucose into the blood by using the process of gluconeogenesis, a process by which fat and proteins are turned out into glucose by the liver. Is this bad because you’re trying to lose fat but it seems that your own body won’t allow it, and it fights against you?

Not really, because cortisol is in fact very useful to lose fat. Cortisol is a hormone that breaks down stuff to create energy and fight against unknown threats and external/internal stress. It also helps you to lose fat, because when in deficit, it breaks down fats to produce energy. It raises adrenaline when you are working out. But it can also break down muscle tissue if needed.

The problem here is that people will tend to decrease their carbs intake even more because they don’t see improvement, and the process just becomes worse. You start to see an increase in water retention, feel bloated all the time, don’t see any gains and you’re hungry as hell all the time.

Let’s do some magic: By blocking this process, not only will your blood sugar will be more stable, but you’ve just found a weapon to fight against the side effect of stress. So, whether it’s because of hard dieting or because you are overly stressed, berberine will act by blocking the process of increasing blood glucose and will help you to continue to burn fat all day long. So, you get the cortisol to burn out fat, but you don’t get the increase in blood glucose that can block the fat burning process.

Throw The Garbage Out

Cells need to repair themselves; they also need to do some sort of removal or ‘’housekeeping’’ we should say. It’s like when you take the garbage out of the house. This process usually happens when we are not eating and are fasted for a certain amount of time. It’s called autophagy, but unfortunately, it declines with age. That’s sad, but it’s not the only thing that declines with age. Now berberine is amazing at boosting autophagy by upregulating AMPK and lowering mTOR. If these terms don’t remind you of anything, think about AMPK as a switch for elimination, while mTOR is a switch for proliferation and growth. So, one keeps stuff inside to build, while the other one throws stuff outside to clean. If you want to live a longer and healthier life, choose the garbage out option. Basically, berberine helps you to live longer.

If It Lowers MTOR, Won’t It Affect My Muscle Gains

Now I hear you: we want to lose fat, but we also want to build muscles! Read this.

mTOR leads to muscle growth when activated, and a great workout will certainly activate mTOR. But once done, after quite some time, your body comes back to normal and mTOR is lowered to make a place for AMPK, which is it’s alter ego. Berberine won’t affect muscle growth because it only affects the level of constitutive mTOR, the basal level of mTOR.  When you work out, the level you create is way higher than the basal and berberine won’t stop this. So, you can benefit from muscle growth while also helping your cells do some cleaning. Anyway, a constant high level of mTOR is usually a bad thing, as it leads to cellular senescence over time, making even your good cells prone to immature death.

So berberine won’t alter muscle growth, in fact, it can even help you to gain some muscle if you have good peri-workout nutrition. Increase carbs around the workout while you are more insulin sensitive and that’s a recipe for higher muscle growth. More carbs into the muscle, more anabolism, more muscles.

Ladies, It Also Helps With A Monthly Problem

A lot of my female clients have been very happy with the side effect it has on their menstrual cycle. It has shown convincing results on the improvement of irregular menses and amenorrhea. A group of women treated with berberine for 4 months and showed a decrease in irregular menses from 15,3% pre-treatment to 6,1% post-treatment. Of course, this study was done on women with polycystic ovarian syndrome, but even without this, we have seen some improvements in a menstrual cycle with the use of it. For ladies who compete, it can be pretty useful to regulate the menstrual cycle and adjust the program accordingly.

Get Fit Outside But Also Inside

All of those effects are clearly linked and show that Berberine takes care of your internal health like a king.

How Should I Dose It For Optimal Results

It can be used with several different dosages, but here’s what I usually suggest to my clients:

Start with 500mg 3 times per day for 6-8 weeks. That’s the first block where it will completely kick start all of it’s amazing effects. Of course, if you’re already very lean, you can start with a lower dosage.

After 6-8 weeks, you can reduce the dosage to 500mg two times per day. Ideally, you want to spread the dose over the day because it’s half life is relatively short, so morning and evening would be the best time.

There will never be a replacement for good food and workout discipline. But placing you in the best position to optimize your efforts is a wise thing to do before engaging any fat loss program. Berberine will help you to be in this position, making the fat loss process more efficient, improving your health markers without causing detrimental side effects. It’s probably something worth thinking about next time you want to lose some fat.  Give it a try!