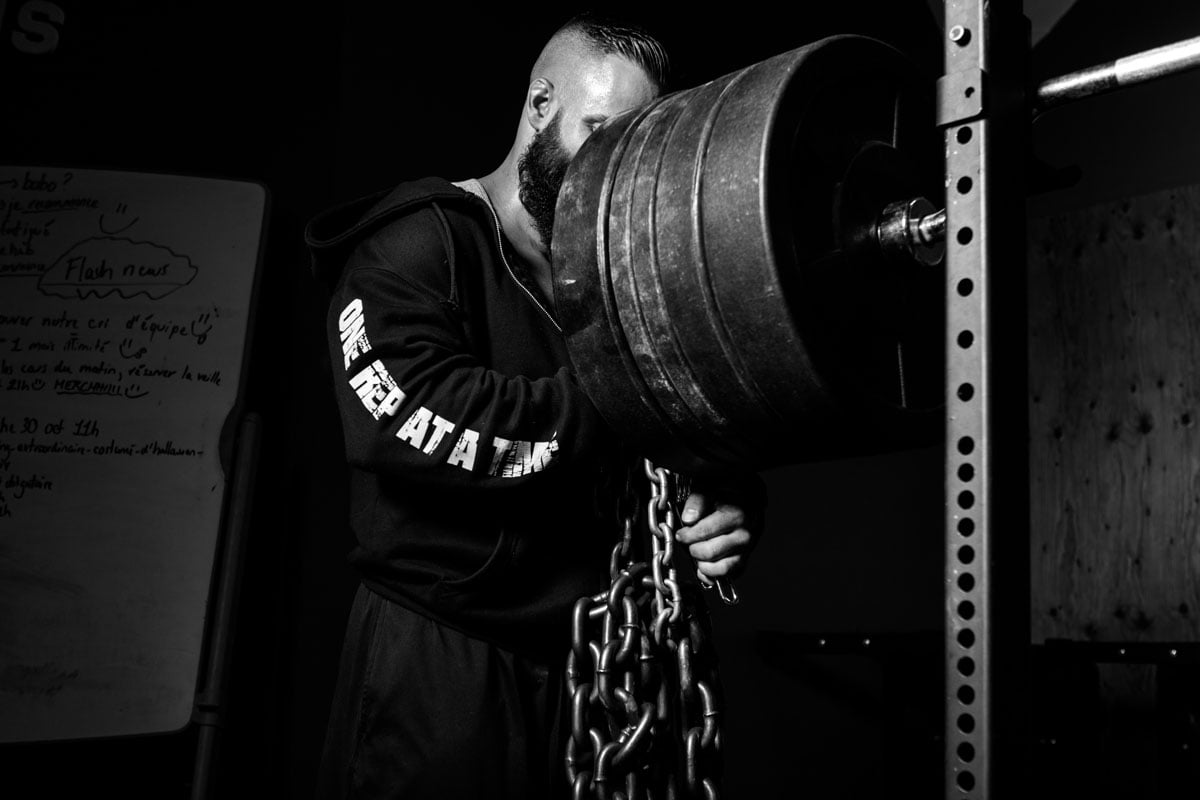 As we talked about in the first article of this series, the RPE system is a way for athletes to quantify the difficulty of a working set based on their perception. We discussed some of the pros of this popular system, for example how it can be a source of motivation for some athletes, how it’s a great way to autoregulate your training based on recovery factors, how it can be closer to the relative intensity desired in case of an inconsistent 1RM, and how it can be a useful tool if you don’t know your 1RM on a specific lift, which is likely the case for most assistance movements.

Sadly, every coin has two sides and no concept, regardless of how good it is, is perfect. In this second part of the article, we will cover some of the cons of the RPE system. 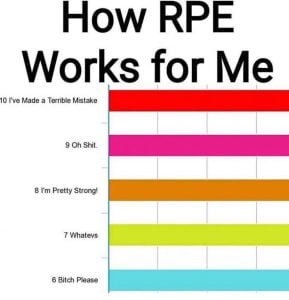 First, research has shown that elite athletes tend to be better at gauging their RPEs compared to novice athletes. This is probably due to their greater neuromuscular efficiency (Helms & al. 2017). For that reason, novice lifters who have less experience at guessing the limits of their body should probably not use this system right away.

If you’ve ever tried to use the RPE system with novice lifters, you’ve most probably seen clients lift a certain weight for X amount of reps at an RPE 8 (what they deemed appropriate), but the concentric speed of the last rep was as explosive as the first one if not even more. This is an indication that they have no idea how strong they truly are and their CNS does not yet function at its optimal efficiency.

A good way to introduce RPEs to beginners is to pair them with percentages. For example, you can use a percentage-based program with an athlete while also asking them how many reps they think they have left in the tank after each set (no matter the relevance). Doing so will practice their judgment and discernment on how far/close they are from their limitations.

I mean think about it, it’s almost impossible to know where that limit is unless you’ve actually pushed your body and mind to that extent. Mastering such a system takes many years of lifting experience and practice. It is also important to note that the accuracy diminishes with higher rep-sets and when the RPE is lower than 7 (Helms & al. 2017).

Second, as discussed in the previous article, one of the advantages of using RPEs is that it can be motivating for some lifters who have naturally high self-confidence & know they can control the load they’re using in their training session. On the other hand, there are also some lifters who need their coach to tell them exactly what load they need to use for each set. Otherwise, they feel totally lost & even anxious, and that’s ok. It doesn’t make them any less athletic than the latter, just different with different strengths and different needs.

The NUMBER 1 goal when training a client is to keep them as motivated as possible. In the end, percentages and RPEs often lead to the same results, it just depends who you’re using it for. And they’re actually very similar, for instance, a prescribed top single at 91% is pretty much the same as a top set single at RPE 8.

Third, some people just can’t autoregulate. Even some high-level athletes can’t use RPEs. Although in theory they should be better, some of them just can’t be honest with themselves. If today’s top single is prescribed at an RPE 9, they’ll often automatically assume they should be able to lift around 95% of their max.

They instinctively convert RPEs into percentages, which is the exact thing we don’t want to happen. The whole purpose of using RPEs is not to bust right through them knowing what you usually are capable of.  The purpose is to actually USE them to auto-regulate your session on any specific training day based on how you feel at that moment and on that particular day.

Another example of what we don’t want to see while using RPEs is something looking like this:

Some athletes will assume that during week 2, they must lift at least a few pounds heavier than week 1. Again, this is not the way to think when you use RPEs. Those athletes often end-up not seeing the desired results. Once they plateau, their pride is affected and they tend to try even harder during their next session with the word “redemption” written all over their foreheads. Failure is not an option for those individuals.

This is a vicious cycle, which often leads to cortisol elevation (since they perceive RPEs as a test) and eventually, overtraining. Those athletes often focus more on the daily performance itself (how hard they work) than on a healthy progression. Giving too much power to those athletes when it comes to load selection can be counter-productive and even detrimental.

We should avoid applying RPEs when…

3- Working with athletes who need everything to be planned.

4- Working with athletes who can’t be honest with themselves.

Finally, no matter the available system, method or program, a great coach will know that everything needs to be individualized. We need to analyze the athlete and assess their needs according to their psychological profile and experience. It would be a mistake to prescribe RPEs for every athlete. Everybody responds differently to different stimuli and if one works for you that doesn’t mean that it will for everybody.

I will end this article by using absolutes to reinforce a conditional statement. Training is never black on white; there will always be some grey nuances to it.