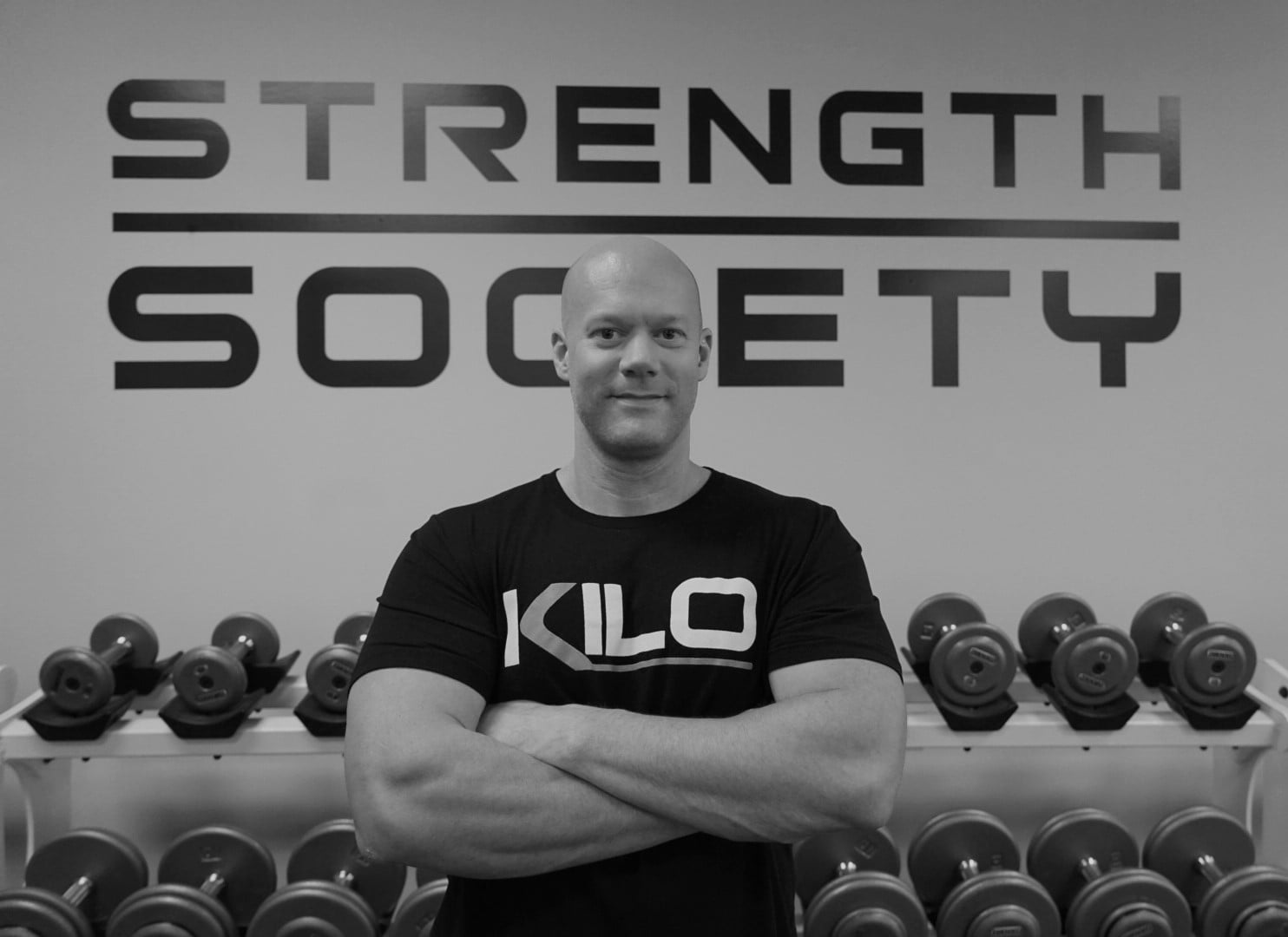 Growing up, I remember being fascinated by the look of big muscular shoulders. The first time I saw Dolph Lungren in Rocky IV, what caught my attention was how broad his shoulders were compared to Sylvester Stallone. During my teens, every time I saw David Robinson of the San Antonio Spurs play, I was more baffled by how large and impressive his shoulders were than how great a basketball player he was. I firmly believe that big and strong shoulders are the key to attaining that look of power that all of us lifters desire.

Over the years, it seems like the Overhead Press has taken a back seat in the majority of training programs I see. If you’re looking for a truly powerful physique, assuming you don’t have any injuries or limitations preventing you from doing overhead movements, the Overhead Press is a primary exercise that should be part of any periodized training plan. In this article, we will delve into the multiple factors affecting the programming of an overhead press upper body workout, the importance of proper technique for faster strength gains and also a look into how to plan a 12-week block for optimizing your Overhead Press score. If your goal is to be as strong as you look, keep reading!

Ten years ago, an NFL offensive lineman reached out to me to help him get ready for the upcoming season. His main issue was to correct some of the strength imbalances he developed over the years so he could play an entire season without pain and hopefully injury-free. At 6’3’’ (1.91 m) and a bodyweight of 335 lbs (152 kg), you could immediately feel his presence in the gym. During the initial testing period, he scored a 1RM Bench Press of 435 lbs (198 kg) with a 4-0-X-0 tempo. Although this lineman Bench Pressed 435 (198 kg), he could only Overhead Press 95 lbs (43 kg). There was a massive difference in strength between these two pressing movements. With such strength discrepancies between these two lifts, it became clear that the first step in terms of strength development was to dedicate the General Preparation Phase to increasing his overhead strength. Mobility issues, that were improved by a chiropractor, played a role in his inability to exert high forces overhead, however, 12 weeks later his overhead press number was now 180 lbs (82 kg). As with any athlete I work with, training the weakest link generally results in increased performance.

The upper body is far more complex to train than the lower body is, and the main reason for this stems from the complexity of the entire shoulder girdle. Developing maximal strength from the extensor muscles involved in the four primary pressing exercises (Overhead Press, Incline Press, Bench Press and Dip) requires dedicated planning as its strength development is highly angle-specific. In short, if you always train the Bench Press, you will get stronger at pressing when the arms are around 90° to your torso, but you won’t necessarily get stronger at pushing when the arms are overhead. For optimal development, make sure to have balance in your exercise selection.

Want to learn a bit more about the benefits of overhead squat? Our friends at Dark Iron Fitness have a great article on it.

Another factor affecting the programming of an upper body session is the trainee’s ability to move the scapula. If you have poor scapular-retractor strength or control, it will be very challenging to significantly improve your Overhead Press as complete stability of the shoulder girdle is needed for proper joint centration to exert maximal forces. Dedicating some time to properly executed rowing variations along with shoulder and upper back remedial exercises will go a long way in supporting your efforts to build a big press.

Furthermore, it’s important to not disregard the importance of a strong lower back and abdominal wall for successful Overhead Press development. The inability to stabilize the torso in the standing position will drastically reduce your force output potential. For best results, make sure to train the lower back and abdominals on Lower Body days as they are great complementary muscles to assist with your lower body primary lifts.

Make sure to train your Overhead Press on Mondays, after the weekend off when your lower back is fresh and well rested. If you train the Overhead Press 24 or 48 hours after leg days, the residual fatigue in the lower back will negatively affect your pressing numbers.

Some lifters prefer that Lower Body workouts be done on Monday so they are well rested for the demands of a leg workout, but if your goal is to specifically improve your Overhead Press, then I highly suggest you switch to doing your Upper Body sessions before your Lower Body sessions as the long-term effect over the 12-week cycle will be significant.

Understanding the intricacies involved in the programming of the session is important, but only if proper lifting technique is implemented. It’s important to understand that the Overhead Press is meant to increase the strength of your overhead movement pattern to the same extent as the Incline Press, Bench Press and Dip are for the other angles.

With the Bench and Incline Press you are on a fixed bench which eliminates full body momentum. In the Dip, your legs are unsupported preventing leg drive. What this means is that in order to have comparative data with the Overhead Press, you need to use strict form in which there is no leg drive. If your Press becomes a Push Press, the numbers won’t be relevant as the leg and hips become the driver of the Push Press and not the upper body.

Assuming a strict Overhead Press, here are some technical cues you should use to optimize this lift:

Now that we have a better idea on how to program and implement good technique onto the lift, let’s look at a 12-week macrocycle designed to increase strength in the Overhead Press.

First, it’s important to understand that the shoulder is a complex and “fragile” joint that is highly susceptible to pattern overload syndrome issues, i.e., pain and or injury from a loaded movement that is constantly repeated over time. For this reason, it’s important to vary the technique and the implements used on your overhead movements throughout the training block. I have found that performing the Standing Barbell Overhead Press for an entire 12-week cycle becomes counterproductive to reaching your goal.

An effective approach is to use Dumbbell variations between phases of Barbell pressing. Here is an example of an Overhead Press progression over a 12-week period using 3-week phases:

Notice that the strict standing press is performed twice to allow for rehearsal of the lift prior to peaking on phase 4. The one-arm press on phase 1 will help in improving scapular mobility and control to promote shoulder integrity for the following phases. Phase 3 uses dumbbells again to allow a change in grip and a more natural movement pattern for the upper arm. I keep the back unsupported in phase 3 to make sure lower back and abdominal strength is favorable for the last phase. What happens with this progression is that we are programming enough continuity to elicit a strength response on the primary lift, but creating enough change in movement pattern to avoid overuse injuries. By the last week of phase 4, you should be able to reach your peak weight for the cycle. Notice that the more demanding Standing Barbell Overhead Press requires longer rest periods in order to allow adequate recovery in-between sets.

Understand this is only part of an Upper Body session in which double station antagonist supersets are used and some assistance and remedial exercises would be added to further enhance the training program.

There are many ways to get strong shoulders, but making sure you use a well thought out progression with your exercises will go a long way in helping you reach your goals safely. Knowing the different factors involved in the performance of the Overhead Press, as well as how to maximize technique on the lift and using a progressive and calculated exercise selection is the key to achieving the coveted goal of a truly strong press. Sometimes training goes beyond simply lifting heavy weights and putting them down… I hope this outlook on planning provides you with ideas to apply to your upper body programs.