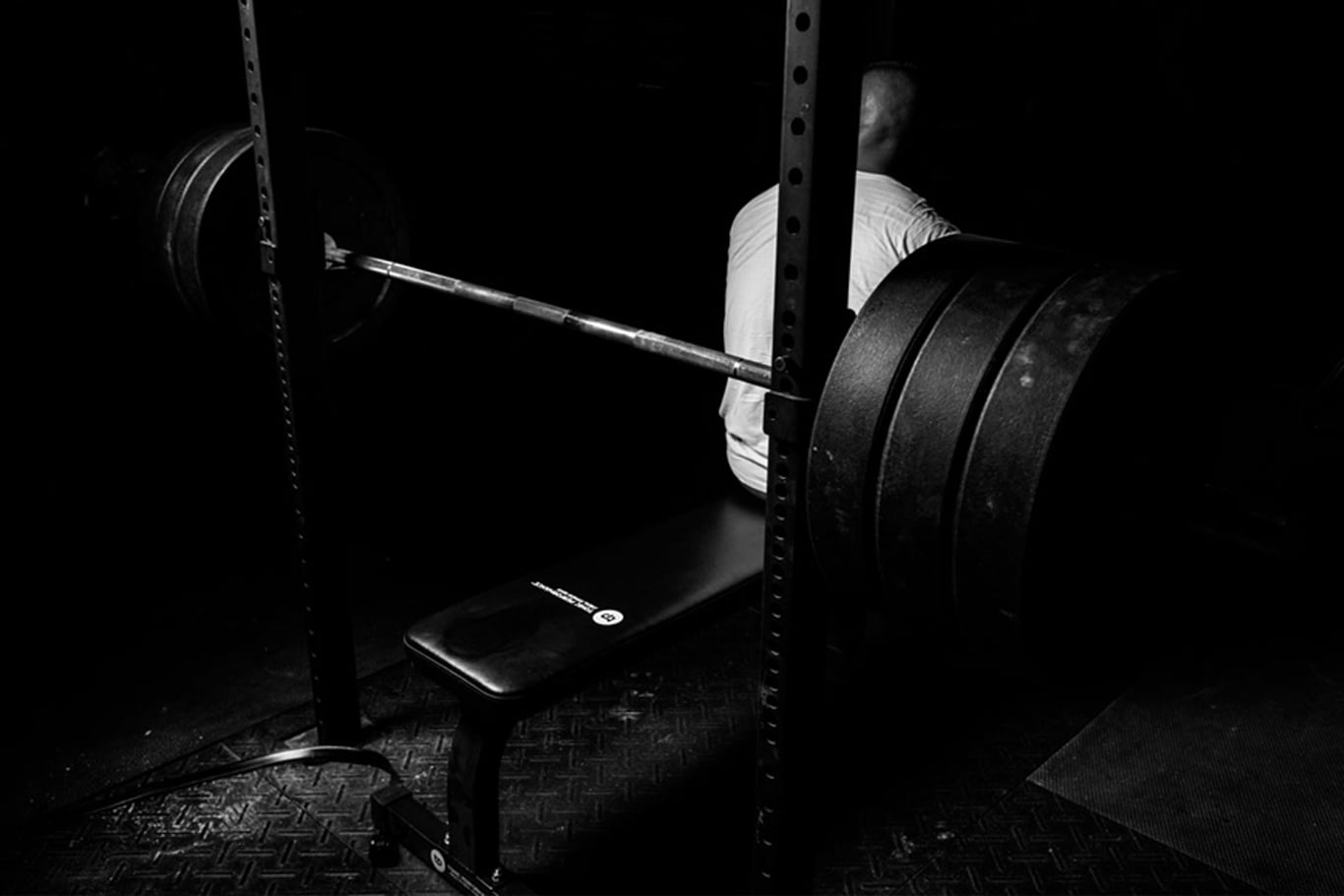 Together they’ll provide a training stimulus for strength that’s much greater than what you get from conventional sets. And, by making you stronger and faster, they’ll also help you put on a lot more muscle.

The gist of it is to make very small changes during every rep of an exercise, changes that do not affect the technique or motor pattern used.

It’s clear in research that even slight, almost insignificant changes in the performance of an exercise – like grip or stance – change the motor-unit recruitment of a movement. For example, taking a half-inch wider grip in the bench press will bring some new fibres into play.

Likewise, by varying the grip width or foot stance in squats on every rep (or every two reps if you’re a higher rep guy) will allow you to hit more muscle fibres during your set.

In the past, to get the same effect you either had to do more exercises – the “hit the muscle from many angles” (which is really simply hitting different motor-units) approach – or do more work sets of the main exercise (to fatigue the prime motor-units so much that the body is forced to recruit different ones).

Both approaches had their drawbacks, namely that doing a lot of exercises didn’t really make you stronger in the main movement, and all that extra work took energy away from the big money exercises.

It’s well known by serious lifters that strength gains made on certain lifts might not carry over to similar movements. Let’s say you stop making progress on your bench press. You then switch to the incline press. Perhaps you add 40 pounds to your incline press in 4 weeks only to find that when you go back to the bench press, you only increased it by 10 pounds.

Why is that? Maybe the incline press didn’t directly address your weak link. But you certainly see that getting stronger in the incline press means that your pressing muscles got stronger. Why hasn’t the bench press moved up just as much?

The answer has to do with motor-unit integration – the neural capacity to involve the motor units in a movement. Just because you’re efficient at bringing some motor-units into play when you do the incline press doesn’t mean that you’ll be able to do the same thing on the flat bench. If you can’t bring the motor units into play, the strength gain you made on “other” movements will not transfer to your target lift.

By using them you get the benefits of using different exercises by increasing motor-unit recruitment while also getting much greater strength gains by learning to integrate more and more motor units in the exercise!

A different grip width or a different stance allows you to lift more or less weight due to varying leverages. Even slight changes have an impact. By changing the condition of the lift every rep or two, you start with the weakest position when you’re fresher and as the set progresses and fatigue sets in, you switch to stronger and stronger positions, allowing you to perform more work with a certain load.

Combine that with enhanced motor unit recruitment and greater motor-unit integration and you have one potent muscle growth stimulus!

Cool, But Exactly How Do I Do It? 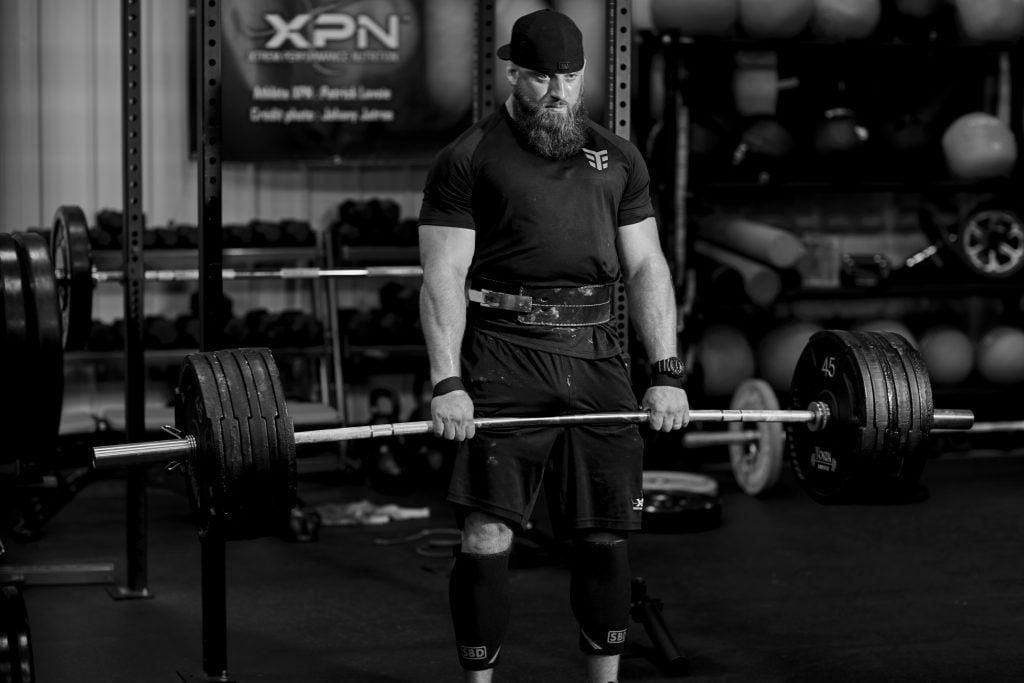 Since you’ll have to change either your grip or stance width several times during a set, you’ll use the cluster approach. In a cluster you rack the weight after every rep and take a short rest period to re-set; 4-6 seconds is good but find what works best for you.

I personally find that three different positions during a set work best. So you’ll either have to perform sets of 3, 6, or 12, depending on where you lie in your rep-range preference. I’m a low-rep guy myself so I favour sets of 3 with occasional sets of 6.

How Big Of A Position Change?

The same thing applies to the bench press. We don’t want to go from an inside-shoulder width grip to a super-wide bench during a set.

Remember, we’re talking micro modifications. In fact, you shouldn’t feel the difference when you switch positions. Half an inch on each side is more than enough between each position changes. That’s just enough to get enhanced motor unit recruitment, but not so much as to lose maximum motor-unit integration.

What Exercises Can I Use This With?

It’ll work on any exercise, but the larger, more demanding movements will grant you greater benefits. The prime choices are back squat, front squat, deadlift, sumo deadlift, Dead-Squat, bench press, incline bench press, military press, push press, barbell row, and a pull-up. Olympic lifts can also be used but due to their nature, use even smaller position changes when you reset.

What Position Changes Do I Make?

I prefer grip changes as often as possible, and changes in grip width seem to have greater motor-unit integration than changes instance. Of course, with exercises like the bench, incline bench, military press, push press, rows, and pull-ups, you don’t really have a choice other than to change the grip.

While you can change the grip or the stance for movements likes deadlifts or sumo deadlifts, changing the grip is more effective. Take the bar slightly wider on each rep (or every 2 or 3 reps, depending on the rep scheme you chose).

As far as changing both stance and grip width, don’t do it. Changing two conditions, even if they’re micro-changes, will change the condition of the lift too much and you’ll lose some motor-unit integration.

How Many Sets Do I Do?

The training effect from using this technique is about 30-40% greater than it is with exercises done in a conventional manner, so in theory, you could only do 60% of your normal volume on an exercise. For example, if you normally do 5 sets of 6 reps, you would get the same training effect by doing 3 micro-mod sets of 6.

Of course, I’m going to guess that you don’t want just the same training effect, but a greater training effect. This method is actually a lot less stressful on the joints and nervous system and you can handle more work even if the training stimulus is greater.

As such, you should at least do the same number of sets that you normally do and once you are used to the method, you can do 2 more sets than usual without any risk of draining the body.

These ranges are a good place to start:

Can I Use This Method For A Long Time?

The longer you use micro-mods (and stick to the same exercise), the more muscle mass gains you’ll see because the longer you use them with the same movement, the greater motor-unit integration you get. After a certain period of time, you automatically involve more motor-units in the exercise and thus will stimulate a lot more growth since every fibre will get hit on every rep.

So, pick one main movement per session and use this tactic with the target movement for at least 8 weeks, but ideally 12 for maximum growth.