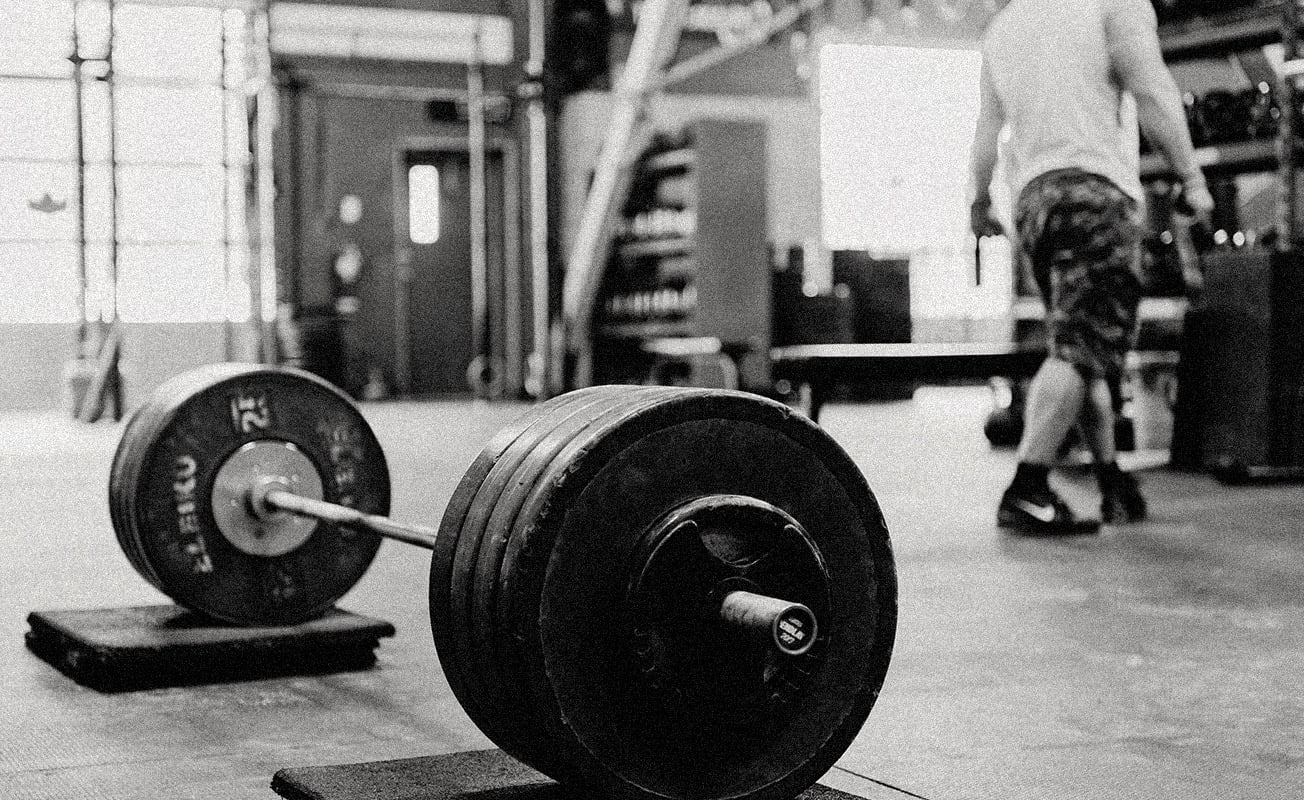 What are the olympic lifts and can they be used to gain muscle?

For most gym rats, the term “jerk” used to refer to the douchebags hogging the squat rack to do curls while taking selfies, “clean” is what you were after the occasional post-training shower and “snatch’ was what “jerks” talked about with their bros the day after a late night hook up. For some more informed iron aficionados, these three words were bizarre lifts referred to as the “Olympic lifts”.   You got to see these on TV for 5 minutes every 4 years between 1 hour of swimming and 2 hours of gymnastics coverage.

Nowadays, thankfully, the Olympic lifts and their variations have become a lot more mainstream largely due to the popularity of Crossfit.

Say what you want, despite its many flaws, Crossfit has done more than the weightlifting federations to popularize the snatch, clean and jerk popular and more than the powerlifting federations to make the deadlift and squat mainstream. Some Crossfitters may not always have the best technique, but at least they are trying. I have coached many of these athletes, and even the average person who participates in group trainings want to perfect the Olympic lifts.

In this article, I will discuss the various Olympic lifts and provide some clarity on how they can be effective tools in a muscle-building program.

Variations of the Olympic lifts

Typically, the snatch is superior to the clean when it comes to building power because the bar must travel a much longer distance, thus requiring more acceleration. Although you will be able to handle less weight in the snatch versus the clean, for many people, the difference is greater than it should be because they are afraid of the snatch and/or don’t train it as often as the clean.   My approach with my athletes is to do at least twice the amount of snatch work versus clean work.  If I only had the luxury of using one single Olympic lift, it would be the snatch, hands down.

That being said, the clean does have its benefits: it teaches you to absorb a force that “hits” you.  If you are playing a contact sport, the clean offers an advantage over the snatch for that reason alone.

People tend to think that the clean is easier to learn, whereas I find the opposite to be true.   I think people have the perception that the clean is easier to learn because beginners tend to be able to execute it more easily, but that’s only because you can “muscle up” the weight thereby relying on arm strength rather than on explosiveness. This is especially true when strong athletes are using light weights to learn the technique. Quite the contrary, you have no choice but to be explosive to execute the snatch.  We think it’s harder to learn because most people are not explosive and learning how to be takes time.

Let’s take a moment to talk about the different catch positions. In the “muscle” catch position, you do not squat down under the bar, meaning you catch it with straight legs, and the feet should not leave the floor. This is more of a strength lift than a power one, but it is quite helpful to learn to keep the bar close to the body during the pull.

In the “power” catch position, you squat down partially to catch the barbell (as low as 90 degrees at the knee is considered a “power” catch). This is the type of catch position that you should primarily use with athletes. As its name implies, it has the highest power output and is technically simpler than the full lifts.

The third catch position is your full squat catch.  In weightlifting circles, we typically do not specify when the plan calls for a full squat lift. For example, when the plan calls for “snatch”, it means catching it in a full squat position. In Crossfit, they use the “squat” denomination when prescribing a lift (eg. squat snatch). I don’t really like to use this catch position with athletes.  For one, not all of them have the mobility to do it properly and the timing it takes to be efficient takes some time to master.   Second, the position doesn’t really provide any benefit for the athlete that can’t be achieved using the power variations.

The last catch position is called the “split”, where you catch the barbell with one leg forward and one leg backwards (similar to the middle position of a split squat/lunge). This is commonly used in the jerk (split jerk), but up until the 50s and early 60s the split style was also used in the clean and snatch. I rarely use the split position when training athletes, even for the jerk.

The first possible starting position for the lift is the floor.  This is the default starting position and as such, when prescribing a lift, the presumption is that it will be executed from the floor.  For example, a “power clean” would be executed from the floor unless otherwise specified.  I don’t tend to use this starting position with athletes because in weightlifting the most complex element is transitioning from the first pull (floor to knees) to the second pull (acceleration after the knees).  It is outside the scope of this article to go into great detail about this, but I generally find that most athletes will start too fast on the first pull allowing the bar to travel too far forward to transition efficiently into the second pull.

The second possible starting position is “from the hang”.  When performing a lift from the hang, you start standing up with the barbell in your hands (as if you had just completed a deadlift).  From there you lower the barbell down (options are to lower the bar to mid-thigh, above the knees or below the knees) without bending the knees like in a Romanian deadlift and clean or snatch the weight from that position. When working the lifts from the hang, I like to give the cue “imagine that your body is a bow and the bar is the arrow”.   Essentially, your hips are the bowstring and your head is the handle. The further back the hips travel (bowstring), the more power you’ll generate.

The third starting position is “from blocks”. Here, the barbell rests on blocks in the starting position. The starting height can either have the bar positioned above or below the knees (with athletes I prefer above the knees). What I like with lifts from blocks is that you can place your body in the perfect starting position without expending energy. Just like the lifts from the hang, lifts from blocks are technically simpler than lifts from the floor. However, unlike lifts from the hang, there is no eccentric action preceding the lift, thus negating the contribution of the pre-stretch to increase force production. You must go from zero muscle activity to maximum power instantly. This is why I like these lifts for sprinters and football linemen who need to be able to produce maximum power from a deadstart.

Both the lifts from the hang and from blocks have the advantage of being technically simpler because they help to keep the barbell close to the body, especially past the knees (someone with improper technique will tend to let the bar travel too far from his body when he passes the knees). They also better mimic the athletic position and thus are a little more sport-specific. The lifts from the hang have the added benefit of having an eccentric phase (lowering the bar to the starting position) and a transition from eccentric to concentric.

By putting these three elements together (lift, catch position, start position) you can create many different variations of the Olympic lifts:

Can you build muscle with the Olympic lifts?

There are a few jacked weightlifters; Dmitry Klokov, Lu Xiaojun, Tian Tao, Aurimas Didzbalis and in recent past Pyros Dimas and Eugeny Chigichev for example. So it would be tempting to say that training for weightlifting will give you a lean and muscular physique. But if you look at the clear majority of weightlifters, they do not have what we could call a “jacked physique”, that is they don’t have a body that would stand out in an average commercial gym or even on the streets. And we’re talking about the very best lifters in the world here, guys lifting 400-500lbs over their head! So how would lifting weights half that heavy give you a jacked body then?

The fact is that “typical modern weightlifting training” will not build a super muscular physique in most people. The weightlifters who have a great physique either do plenty of accessory exercises to build muscle (the Chinese lifters even do a lot of bodybuilding work) or are born to look that way.

Don’t get me wrong; any form of activity where you are lifting progressively heavier weights will build some muscle. But not all training styles will have equal effect in that regard.

Why modern weightlifting training is not ideal to build muscle

How weightlifting can lead to muscle growth 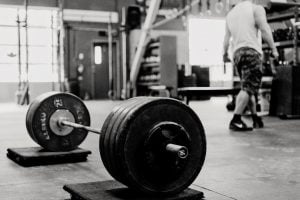 Other than the above-stated reasons, my experience working with Crossfit athletes has led me to observe that it is possible to build muscle using the Olympic lifts.  Just like “old school” lifters, Crossfit athletes tend to use a mix of low and moderate reps on the Olympic lifts. They are also known to use high reps, but what they do for high reps shouldn’t really be called Olympic lifting. When they do the actual the Olympic lifts and their variations (and by that I mean do them with a form that is solid, not punching an endless number of mindless reps) they often use one of these methods:

These methods are effective at stimulating muscle growth because the fiber fatigue (thus growth stimulation) is higher than during traditional weightlifting training. 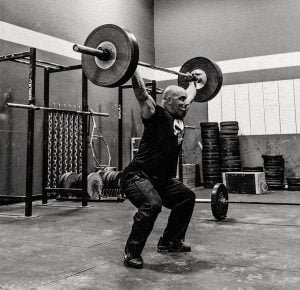 Here’s an example of what it could look like.

* Means that you go heavy, but not to failure on your work sets.

The take-home message is that the Olympic lifts are fun to do. They will increase your power output and will make your nervous system more efficient, making it possible to more efficiently recruit the growth-prone fast-twitch fibres.  This will result in better growth with less volume. OLs can also contribute to improving your look by improving posture as well as muscle tone. While they are not the primary choice to build muscle, they can certainly enhance your training.