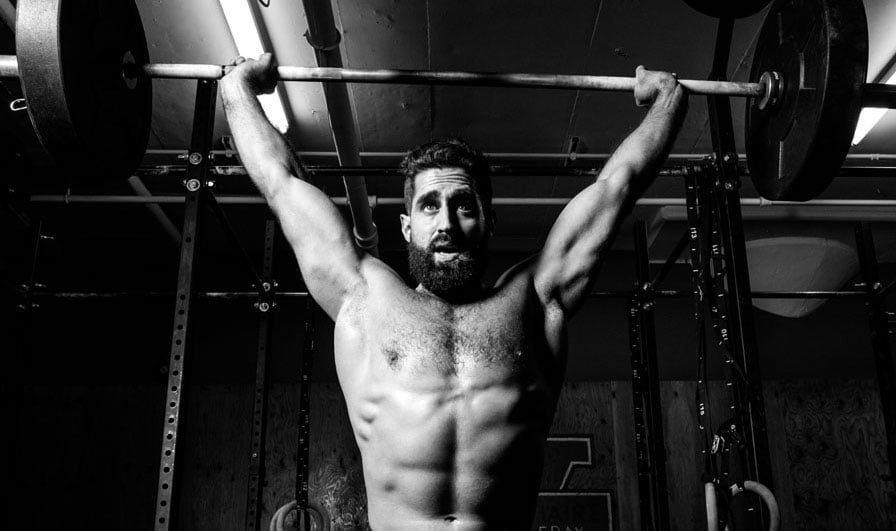 CrossFit: Learning From The Best Athletes In Canada East

I come from what CrossFitters know as « Canada East » or the East region. It’s known to be of one of the best regions in the world, home to many well-known athletes who have had many appearances and great results at the CrossFit Games. Michèle Letendre, Alex Vigneault, Albert-Dominic Larouche, Carol-Ann Reason Thibeault, Camille Leblanc-Bazinet and Patrick Vellner are the ones you’ve probably heard of.

I love to learn and share. That’s actually my job as a coach: constantly trying to upgrade what I do and learn from other coaches and athletes. My ego is at level minus zero. That means I’m not afraid to say I don’t know something and I’m really not shy about asking other people questions. In the last few years, I have had the chance to train with some of these badass athletes (ADL, Alex, Carol-Ann). Some I’ve trained with a lot, others for just a few workouts. It has given me the chance to ask many, many, many questions, to challenge what I learn and do every day as a coach, and to understand what’s going on in their heads. How they perceive training. How they structure it. Why they choose workout A instead of B. There’s no better way to learn from the best to practice with them. So that’s what I did. Here are a few tips I learned from them.

Don’t think these guys mostly squat, deadlift, snatch and clean all year long. When they are close to a big event like the Open, Regionals or the Games, for sure the barbell volume will be higher. But take them in September or December and you will see some of them doing 1-leg hip thrusts off a bench, single-leg Romanian deadlifts with a landmine or dead bugs.

They are « healing » from a very intense season where they are subjected to a high level of intensity (heavy load, same movement plan). What you call « accessory work » is in fact « mandatory » work for them, as they are looking for preventing any leaks in their system. Some of them are also constantly adding this kind of workout throughout the year. If they have weaker hamstrings, triceps, back problems due to weak abdominals or glutes, they will spend time working on these. So yeah, reverse hyper isometric holds, dumbbell skull crushers and Bulgarian split squats can be done all year long.

While the Open has always been a true engine test, you can see a shift over the importance of skills. It is very rare to see an athlete failing or hitting a wall in a workout due to lower body strength or endurance (and I’m talking about the best of the best/regionals/games athletes). Their ability to handle skills after lifting or doing any kind of cardiovascular work is now predominant. Not surprising that these athletes are constantly working either strict presses or pull for high reps with their bodyweight. In the Open, the combination of exercises is not too complicated, and time under tension is often low. That means you won’t get a high number of handstand push-ups or chest-to-bars (I mean, mostly). For example, we’ve seen very light snatches with bar muscle-ups, toes-to-bar with moderate cleans, handstand push-ups with heavy cleans, ring muscle-ups with wall balls. At the regionals, the combinations are more complex, they can target more than one skill in a workout and time under tension is higher. If you follow this logic, at the beginning of their prep, these athletes are making sure their skills are on point before going through anything more complex. You go from low to high time under tension and play with it in your periodization. Skills go from easy to complex, as well as combinations. Make sure that before trying to be a Regional athlete, you start from the bottom and become the best in simple combinations with low time under tension. If you want to get to another level after mastering that first part, your training should include more agonist combinations.

As a trainer, you understand the importance of equaling the work. I will not give a complete session based only on the press without anything to finish the day with a pull or structural work to bring those shoulders back in the right place. A lot of time, I’m also asking myself if the volume is too high. But with these athletes, what you think is too much, can be actually what they need. Don’t be afraid to push them in that direction, it might be the best option to elevate their local muscular endurance (watch out though, it doesn’t work for everyone!)

The more they progress into their season, the more they target the same muscle groups in one session. These guys are not scared of doing the same movement pattern in the same workout, or in the same session. They will use other exercises to add a certain degree of fatigue, but just enough so they can keep their reps clean. On the other side, they can do a high rep training and see where their local endurance can get them. Here are a couple of examples:

4. Cardiovascular Training And The Not So Well-Known Lactate Build-Up

You may or may not have noticed, but for the past 2 years, cardiovascular training has taken the place it deserves. While « cardio » was previously seen as any « metcon » or « monostructural » training, it is now a huge part of any high-level athlete’s training. What can make the difference is basically your strength and your power? But if you look further and align together with the top 10 males and females in the world, they are almost as strong and powerful: their aerobic power and capacity may be the game-changer. These guys are doing a lot of what you call intervals (mostly working around maximal aerobic power). They mostly use a work ratio where their rest time is much lower than their work time. While it is shown that a 2:1 ratio is the best to get the most out of your training, they are often using a much higher work time than rest time. This probably comes from the fact that they feel they need to stay close to what a real Metcon would look like. I’m 100% sure that if some of them believed in higher intensities with more rest time, they would benefit more from it.

You may have heard about this one: Two runners can have the same VO2max but have very different performances on an 800m run or a mile run. The main difference can rest on technique, but also on their lactate threshold or anaerobic threshold, or in other words, the intensity level above which there is an imbalance between lactic acid and its removal. If the presence of lactate is higher than usual and an athlete hasn’t trained specifically to use it as an energy substrate, they hit a wall. That’s why everyone is calling upon intensity: it raises your lactate concentration. If you never go there and are always under 80% of your VO2max, you may not know what we are talking about here. The athletes who perform the best are consequently the ones who have a high VO2max, who can produce the most lactate and have a high lactate threshold. Watch out, you can have a high level of lactate but your threshold can be low (like your ex-football player turning into CrossFit). If you want to work on that, you may turn to maximal aerobic power and capacity. But that will be in another article!

What impressed me the most with these athletes is the way they understand the training. They don’t have any high-level degree the field, but when you talk to them, you know they understand. They can’t tell you which theory explains this or that, but 100% of the time, if you give them two choices of workouts, their answer will be the best (special shout-out to my Friday morning coach CRT).

I would like to take a moment to thank all of these athletes for the time spent sharing knowledge and talking about training. Your work as an athlete has helped every coach working in Crossfit/functional fitness better understand the science behind this new type of training. Without you, we would not have pushed the limits of what we do as « training » these days.