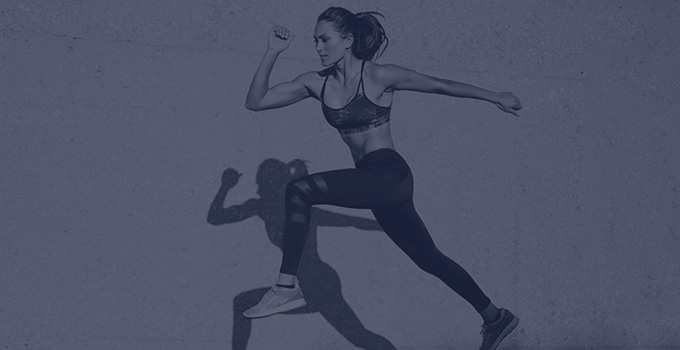 Welcome to my new series of articles: The Face-off series

In these articles, I will look at two studies providing different results regarding a certain training/nutrition method or approach.

I will then provide my opinion as to why there are differences and try to distinguish where the truth lies.

In this first installment, I want to address fasted vs. non-fasted cardio.

The two studies I’ll look at are:

Fasted cardio has long been used by bodybuilders, physique competitors and overweight individuals to (supposedly) speed up fat loss.

The theory, or belief, is that because your body has less readily available fuel it needs to mobilize more stored fat to perform the activity. Which, would then lead to a faster rate of fat loss.

Opponents of this method will point out the muscle loss potential of fasted cardio due to a higher cortisol response to fasted vs. fed activities.

More neutral individuals will simply point out that fat loss is a matter of calories in vs. calories out and that cardio will “burn” the same amount of energy/calories regardless of whether you do it fasted or fed. As such, fat loss will be the same with both protocols.

My personal Position On Fasted Cardio

Because I always try to get better at what I do and continuously look for better ways of doing things I have changed my mind on several training and nutrition topics throughout my career.

Fasted cardio is probably the topic on which I have changed my mind the most!

When I started out as a coach I hated cardio, period.

I came from a weightlifting background (snatch, clean & jerk) and studied under Coach Charles Poliquin who was notoriously anti-cardio (he would recommend HIIT from time to time, but that’s it).

I believed that all cardio was detrimental to body composition and would lead to muscle loss and a marathon runner look. And because I personally disliked cardio (I found it boring and demotivating) it was easy for me to reinforce my belief that it was evil.

When I started competing in bodybuilding, I got my ass kicked in my first competition because I wasn’t lean enough. I hired a coach and he had me do plenty of cardio for my next show and I ended up a boatload leaner and bigger.

I became pro-cardio but still believed that fasted cardio was dumb and would eat away my muscle mass.

Then I started to train an IFBB pro bodybuilder and his “nutrition coach” (Chris Aceto, one of the smartest in the business) had him do fasted cardio and the guy was always in amazing condition. So, I decided to try it for a photoshoot and ended up being in great condition.

From then, until now, I changed my mind a few more times. One of the studies in this article played a big role in determining my current position.

And yes, you will have to wait until the end of the article to know what that position is

The Schoenfeld study compared two groups of women (which has some importance) doing 3 weekly cardio sessions for 4 weeks (12 total sessions). Half the group did the sessions fasted while the other half had food prior.

The subjects were given a diet plan based on their estimated caloric requirements.

While the training sessions were supervised the meals were not supervised (obviously) but the subjects were asked to fill out a nutrition journal.

The conclusion is that there was no significant difference in weight or fat loss between both groups and that fasted cardio was no better than fed cardio for fat loss purposes.

The Chen study was different. They didn’t look at the fat loss outcome of a plan lasting several weeks, rather they looked at the direct physiological response to one cardio exercise session. Essentially, they measured energy expenditure, carbohydrates oxidated for fuel, fats oxidated for fuel as well as the elevation of the various enzymes involved in energy mobilization and utilization.

The subjects were overweight males (which could be important). The subjects who consumed breakfast before the cardio session ate a “normal UK breakfast” averaging 646 calories, 120g of carbohydrates, 12g of fat and 20g of protein.

Both the fed and fasted groups did 60 minutes of cardio, at the same speed (5.7mph), intensity (60% of max VO2), perceived effort and achieved a similar heart rate (155 bpm).

The interpretation is that fasted cardio directly uses more fat for fuel than fed cardio and increases the expression of the enzymes that make the body better at mobilizing and using fat for fuel.

So … Is Fasted Cardio Better Or Not?

Let’s look at the limitations of these studies.

Sidenote/full disclosure: I enjoy and frequently employ Dr.Schoenfeld’s work and believe him to be one of the key researchers in the field of hypertrophy training. I also like Alan Aragon as well as his work. Since I am aware of a positive personal bias toward both, I might have been overly critical of their study to avoid any confirmation bias.

* The study lasted 4 weeks, at 3 sessions a week (12 total sessions). The sessions lasted 60 minutes (5 min warm-up, 5 min cool down, 50 min work) and were done at 70% of their max heart rate. Based on the average weight, age, sex, intensity and duration the average caloric expenditure of each session would be around 330 calories.

* 12 sessions at 330 calories is a total energy expenditure of 3960 calories coming from the cardio throughout the whole program.

* A pound of fat contains around 3500 calories.

* Throughout the whole 4-weeks plan, the cardio done provided enough energy expenditure to “burn” only 1.13lbs of fat by itself.

* Both groups lost a bit more fat than the maximum that could be burned by the activity itself. This is likely coming from either the diet or activity level outside of the sessions.

* But more importantly, the fasted group DID lose a bit more fat (close to 1lb more). This was not statistically significant. BUT it was actually impossible to reach statistical significance from the exercise alone because both protocols couldn’t “burn” enough calories to lose more than 1.13lbs of fat. Yet the fasted group still lost 1lb more in fat. This is pretty good for the amount of exercise performed.

* The main issue with an approach like this is how well was the diet followed and how appropriate the selected calories/nutrients were for each individual. If some subjects eat more or less (and under/over-report, which is VERY common in studies), it could have a huge impact on the results. And what if some subjects are more active (or less) than they reported, and their nutrition plan was thus not adequate for them? This doesn’t mean that the fasted group would have had better results, but it does say that the study is potentially worthless because since we are comparing two protocols that would “burn” around 1lb of fat by itself, any nutritional miscalculation or improper compliance could easily lead to fat gain or loss that would screw up the analysis.

* This study showed clearly that fasted cardio relies more on fat for fuel than fed cardio and that fed cardio burns more “carbs”. But even though the fasted state led to a statistically significant superior fat use (16g vs 8g) it doesn’t mean that it would lead to more fat loss over the course of the day. Both protocols “burned” the same number of calories which means that over the day, both would contribute the same amount to establishing a caloric deficit. At an equal deficit over the day, you should lose the same amount of fat.

* Even if the amount of fat “burned” in the fasted state was double that of the fed state (16 vs 8g), the difference is still only 8g of fat in an hour. A pound of fat has 4545g. It would literally take 568 hours of cardio to lose one more pound of fat from doing fasted cardio! So we can’t really say that it works better for directly losing fat.

* The subjects were overweight individuals. This led to a much higher energy expenditure during the session (770 calories for the hour). In fitter individuals of a lower body weight, the same session would have “burned” a lot less calories (around 330 for women and 450 for men) which would make it take even longer to directly burn one more pound of fat directly from the activity.

* There is also the possibility that obese individuals, who are poor fat mobilizers, have a different response to fasted cardio than leaner individuals.

In light of these two studies the conclusion that we can make is that….

I mean, yes, the body will use a bit more fat for fuel when you do your cardio fasted. But it’s not enough to make a difference. If you do 5 hours of cardio per week, it would still take you two years to directly burn one pound more fat with fasted cardio.

This is the main benefit of fasted cardio in my eyes. By affecting the gene expression that increases the enzymes that play a role in mobilizing and using fat for fuel you can, over time, program your body to be more efficient at utilizing fat for fuel.

This is especially interesting for obese individuals, who normally are poor at mobilizing and utilizing fat for fuel.

In that regard, fasted cardio would be an “investment” toward making your body better at utilizing fat 24/7.

Can it make a difference in how much fat you lose over time? Maybe.

Will Fasted Cardio Eat Away My Muscled Mass?

No it will not. Not if your nutrition is adequate for the rest of the day. And especially not if you are lifting weights.

The Schoenfeld study reported a similar loss in fat-free mass (which could have been water, glycogen, muscle, etc.) with fasted vs. fed cardio. And in both cases it was minor and more likely due to the caloric deficit (the subjects lost more weight than the activity alone could have made them lose, indicating a caloric deficit) and didn’t weight train.

So, What Is Thib’s Position On Fasted Cardio?

That if you want to do it, I’m okay with it.

If you don’t want to do it, that’s fine too.

It is not better or worse than fed cardio in the short term or to directly lose fat. It will not lead to more muscle loss either.

It could be potentially be utilized in the long run to make the body more efficient at using fat for fuel, making it easier, over time, to lose fat. Which would likely be more effective with overweight individuals.

Fast Or Slow - How Should You Approach Fat Loss?