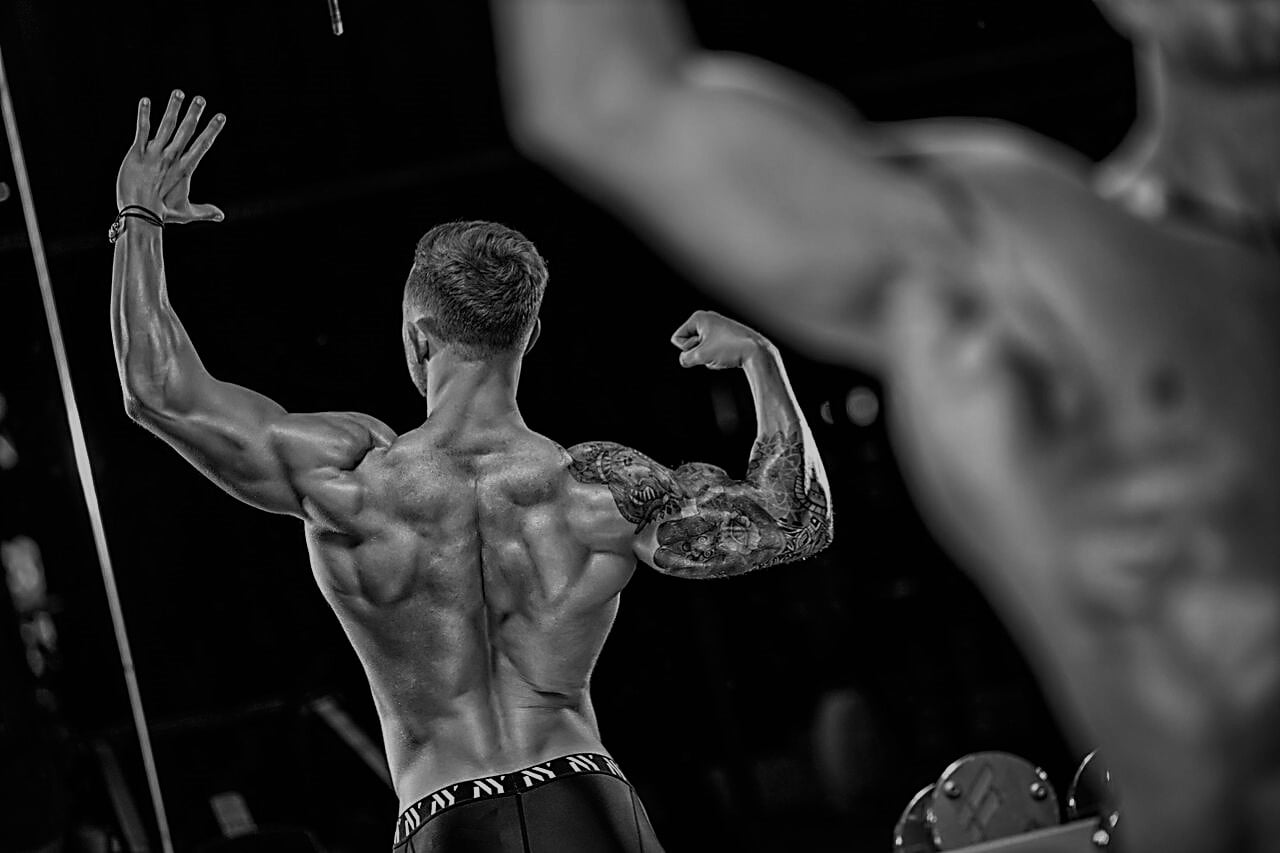 Nutrition is the language of our cells –it dictates how we look, feel, function and perform. It is drastically undervalued when compared the uncountable list of benefits proper nutrition can yield. For this reason, I have decided to write about my top choices of foods that support physiological or neurological changes to favour improved training performance.

Since over one month has passed since my last article, Part 2 of ‘Top Foods for Improved Training Performance’ includes 2 additional foods. The last article was not suitable for vegetarians or vegans, therefore I have ensured that all foods chosen are applicable to these dietary requirements. In no particular order of importance, I am covering Brazil Nuts, Raisins, Seaweed, and Coconuts.

Brazil Nuts contain 1917mcg of selenium per 100g, making it the most bioavailable source of selenium on the planet. Selenium is implicated in the iodothyronine deiodinases function; this enzyme is required for the conversion of T4 to T3 which is four times more metabolically active. Selenium deficiencies can potentially be indicated on blood work by increased levels of T4 and a reduction of T3. If one is deficient in selenium, it will result in poor thyroid function which is commonly associated with poor muscular performance, weakness, fatigue, poor concentration, poor androgen levels and a slower metabolism – however selenium goes much further than just thyroid functionality, making this a key micronutrient for performance.

Several minerals; namely magnesium, selenium, and zinc, appear to be crucial in IGF-1 bioactivity which modulates growth hormone secretion. GH/IGF-1 signalling is essential for the maintenance of anabolic processes and therefore adaptation for improved performance and development.

Selenium deficiency worsens during increased NF-κB activity, this mechanism can up-regulate IL-6, which subsequently has a negative influence on IGF-1 levels.

Selenium has a wide range of multiple functions on cells and tissues. It integrates into 25 selenoproteins. These are involved in the glutathione peroxidases family, a group of antioxidant enzymes which plays an integral role in detoxification, reducing oxidative stress, limits neurodegeneration and is essential for maintaining health within the body.

Selenium may contribute to skeletal muscle function through the maintenance of an optimal concentration of glutathione peroxidase and other selenoproteins, located in endoplasmic reticulum that regulates calcium mobilization required for muscle development (Reeves M.A., Hoffmann P.R. The human selenoproteome: Recent insights into functions and regulation).

It also appears that selenium has a role in grip strength. Low serum selenium concentrations are associated with poor grip strength among older women. This most likely resonates through to the younger generation but is more prominent in the older aged. Due to this association, I think it is fair to hypothesize that if one has a selenium deficiency, it is most likely that deadlift performance (which requires a strong grip) will be far from optimal, accompanied with most back exercises. (Beck J., Ferrucci L., Sun K., Walston J., Fried L.P., Varadhan R., Guralnik J., Semba R.D.).

Selenium is also an essential cofactor of multiple metabolic pathways. After being transformed into its bioactive metabolites, selenium acts on the nuclear transcription factor NF-κB, signal transduction, cell cycle checkpoint and apoptosis – therefore essential in the regulation of cell health.

The accumulation of damage at the mitochondrial level and nuclear DNA is one of the main hypotheses by which loss of myocytes and consequently impaired skeletal muscle function becomes apparent. Selenium is an important cofactor in cellular protection, particularly involved in muscle protection, especially within elderly individuals, where cellular oxidative damage is more prevalent.

Now back to Brazil Nuts, in just 100g, there is over 300mg of Magnesium – bringing more than 75% of the recommended daily allowance. Magnesium is required in more than 350 biomechanical reactions inside the body, improves insulin sensitivity that enhances the uptake of nutrients which assists in function and recovery and is also used to create energy in the form of ATP.

Magnesium supports activation of catechol-o-methyltransferase, this assists with the elimination of dopamine, norepinephrine and epinephrine (Thus supporting the reduction in likelihood of central nervous system fatigue. CNS fatigue is one of the main factors for decreased training volume, intensity and quality; therefore reduced growth and development from a performance based outcome). It is also vital for GABA functioning (this is essential for recovery from workout to workout – after all, ‘you can only train as hard as you can recover’).

Last but not least, magnesium also plays a role in the active transport of calcium and potassium ions across cell membranes – this function is essential in sending nerve impulse conductions, regulating heart rate and muscle contractions.

The unfortunate side of Brazil Nuts is that they are high in phytic acid – this particular compound has its own pro’s and con’s. It’s commonly known for being classified as an anti-nutrients, dramatically reducing the absorption of certain minerals such as zinc, copper and magnesium. Phytic acid has also been shown to inhibit certain digestive enzymes; amylase, trypsin and pepsin (preventing optimal break down of starch and proteins).

This being said, studies have found phytic acid to have antioxidant properties as a result of inhibiting Xanthine Oxidase and by ‘preventing a formation of ADP-iron-oxygen complexes’ (Life Sci, 2004). Phytic acid has also been found to decrease the inflammatory cytokines IL-8  and IL-6, particularly in colon cells (Acta Pol Pharm. 2012 ) whilst also improving cholesterol levels by reducing triglycerides and increasing HDL cholesterol (S.-H. Lee, H.-J. Park, S.-Y. Cho et al).

I personally like to squeeze the juice of a fresh lemon onto Brazil Nuts to inhibit the phytic acid as I aim to obtain the benefits else where through a balanced nutritional plan – however, the option is yours.

200 grams of Raisins contain 9mg of boron. Roughly 0.001% of the Earths crust is boron – not only is boron rare in the Earth, it is also somewhat uncommon in our foods and especially as a supplemental micronutrient.

There is no set RDA for boron as there have been no essential biological roles identified to this micronutrient. This does not mean Boron is useless, however. Boron might not be one of the 24 essential micronutrients for human survival, but it still has some interesting benefits in terms of testosterone production.

After the week had passed, the subjects blood results were compared from day 1 to day 7:

Naghii MR et al. found that after 10 days of supplementation from 10mg of boron reduced:

A reduction from these proinflammatory molecules will inevitably result in a more favourable physiological environment for growth, development and recovery. If these inflammatory markers are high, neural capacity will be greatly diminished due to protective mechanisms of the brain to prevent excess damage or injury to the body.

Another study 14 years earlier from the same researcher (Naghii MR1, Samman S. Biol Trace Elem Res. 1997) found that 4 weeks of 10mg boron supplementation showed a trend towards an increase in total testosterone by 11.4%.

Potassium is also required for the conversion of carbohydrates, proteins, and energy in the form of adenosine triphosphate (ATP) (Harry G. Preuss, and Dallas L. Cloutatre).

Seaweed is naturally loaded with iodine, a nutrient missing from most foods, and is unfortunately vital for well-being and effective metabolism. Nearly 70% from 737 samples tested were below 100ug/L (this is the acceptable minimum level defined by the World Health Organisation).

Iodine is essential for your thyroid gland to maintain functionality, iodine is bound to four tyrosine molecules to make T4, this then subsequently converts to T3 (the more active thyroid hormone). Fortunately, tyrosine is an amino acid abundant is red meat and eggs, however, iodine is a mineral with poor availability with around 60% of iodine stored within the body is found within the thyroid gland – this shows the sheers value iodine has to support thyroid function.

Having a poor iodine intake can quite easily lead to a dysfunctional thyroid with symptoms ranging from fatigue, muscle weakness, weak performance and poor androgenic profile. This gland is seen as the “pace setter” of the body – it regulates metabolism throughout your entire body, development of both your skeleton and brain, improves insulin receptor expression, aids absorption of micronutrients, it is critical for neurotransmitter function, HCl production, it increases mitochondrial density, required for appropriate function is required for the production of ATP and modulatation of SHBG.

The ‘Journal of Neuropathology and Experimental Neurology’ found that ‘newborn rats raised on a commercially available iodine-deficient diet developed severe muscle weakness’ – showing the critical need for iodine and performance.

In 100g of Seaweed laver provides 92mcg iodine, this sits in the middle of the RDA which ranges from 75-150mcg (you have to bare in mind that these levels are based on the minimum amount needed to prevent goiter – a thyroid disease usually stemming from a lack of iodine).

With iodine, it is important to find the sweet spot as too much (consuming over 500mcg) has been shown to supress thyroid function (lowering serum T4 and T3) contrary to the lower dosage supporting thyroid function.

Coconut oil is composed of 65% medium-chain triglycerides. MCT’s are fatty acid chains which are shorter in length and broken down at a slightly faster rate than usual fats thus giving faster, more readily available energy when compared to usual fat sources. This makes it great to include in your pre-workout meal as this will help keep insulin levels low whilst getting still obtaining energy from the fat source. MCT oils have been found to increase metabolism and fat loss time and time again throughout numerous studies (Stubbs RJ, et al. Int J Obes Relat Metab Disord. 1996).

The consumption of Coconut Oil led to a 35% decrease in C-reactive protein, a marker of inflammation (Assunção ML, et al. Lipids. 2009), which if left high and unmanaged impairs muscle function, performance and recovery. Dr Florentino Herrera compares the anti-inflammatory similar to that of aspirin (Jr. Medical Library, The Philippine Journal of Internal Medicine. 2007).

Medium-chain triglycerides within in Coconut Oil have been found to increase the respiratory capacity of mitochondria without adding any additional oxidative stress from the increased working function (Montgomery MK, et al. J Lipid Res. 2013). Coconut Oil has also been found to increase mitochondrial energy production in those with defects in mitochondrial fatty acid oxidation (Spiekerkoetter U, et al. J Inherit Metab Dis. 2010). This means that Coconut Oil will promote energy production and utilisation – giving you the energy to power your training.

MCT’s have also been shown to improve cognition under conditions of low blood sugar (Page KA, et al. Diabetes. 2009) this is very beneficial for performance-based athletes as prior to training, the avoidance of carbohydrates is usually preferred to keep serotonin levels lower than dopamine levels, promoting better neural strength and energy.

Large quantities of Coconut can be an issue for some if they have defects in the APOE gene (such as myself – this is particularly associated to fat metabolism) or other single nucleotide polymorphisms, therefore moderation is key.

Thank you for taking the time to read this article.

Stay tuned for part 3 where I will be moving back into the perspective of a carnivore.