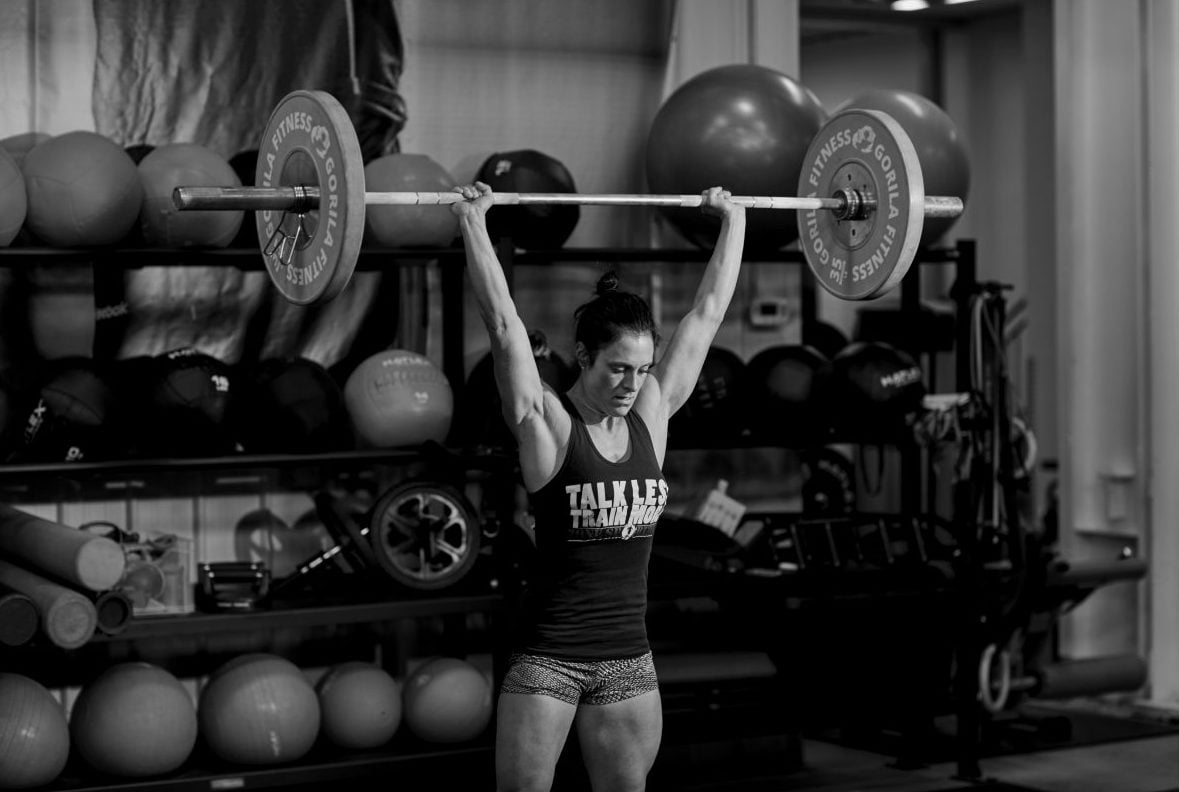 As passionate trainers, we all want to learn about the best training methods, the coolest exercises or the most effective training programs. However, we disregard that you can literally lose 50% of the benefit of these advanced tools if you don’t get one thing right: performing the reps optimally.

Think about it, a set is nothing more than an ensemble of repetitions. You can have the best loading scheme in the world, if each rep is done inefficiently, you won’t get maximum results. As my friend Stéphane Cazeault would say: “The rep is king”.

While there is a myriad of possible styles of repetitions, and they can all serve a specific purpose, when it comes to the bulk of my training the style of repetition I like to use is something I call “the perfect rep”. I use other styles, for special reasons, but this is the style I prefer to use on most big lifts.

It combines all the elements to maximize muscle growth and strength gains.

I understand that various types of readers come to my web page. Some are simply looking for tricks to enhance their training while others want to learn science.

With that in mind, I will start with the practical info so that you’ll be able to apply it in the gym immediately. For those of you who want to go more in-depth, I have included the “sciency” stuff at the tail end of the article.

The perfect rep has 4 specific elements:

Basically, you control the descent for most of the eccentric range of motion, going down in 4-5 seconds. This will increase mTor activation, triggering protein synthesis/muscle growth. Then, you want to accelerate on that last portion of the eccentric phase, this will allow you to catch the stretch reflex, allowing you to lift more weight. It will also cause more muscle damage which is another way to stimulate growth.

Then you want an explosive concentric, or at least try to accelerate as much as you can: this maximizes force production (F = ma) leading to a greater activation of the growth-prone fast twitch fibers.

This rep style is best done when the concentric phase is preceded by an eccentric (so deadlifts, for example, are not well suited for this rep style).

But one important thing: Since you will be trying to “rebound” from the bottom, the tendency will be to release muscle tension to be more of a whip than a baseball bat. If you lose your tension you will also lose your spring and the risk of injury will be greater. So, stay tight.

And now the “sciency” stuff.

The eccentric action of a muscle refers to a resisted lengthening of that muscle; a muscle exerting force while it is being lengthened. This type of action has also been called the yielding action (as opposed to the overcoming action which refers to the actual lifting of the resistance) as well as the negative action.

As I will explain, it is the yielding portion of an exercise which gives us the greatest bang for our buck. So, an individual seeking maximum results should plan training methods emphasizing eccentric overload.

Eccentric Stress As A Superior Stimulus For Strength Improvements

It’s been a while since we’ve known that the yielding (eccentric/negative) portion of an exercise is responsible for more strength gains than the overcoming (concentric/miometric/positive) portion.

For example, a study by Hortobagyi and coworkers found that the total maximal strength improvement from eccentric-only training was higher than a concentric-only program followed for 6 weeks.

Furthermore, this study used submaximal yielding actions and maximal overcoming actions. Surely this tells us a lot about the potential of yielding strength training, at least where maximum strength gains are the concern.

We should also note a study by Hilliard-Robertson and coworkers which concluded that “A resistance training protocol which includes eccentricas well as concentric exercise, particularly when the eccentric is emphasized, appears toresult in greater strength gains than concentric exercise alone”.

This is in accordance with an early study by Komi and Buskirk (1972) who recorded greater strength increases after an eccentric training regimen than after a concentric-only regimen.

Eccentric Stress As A Superior Stimulus For Muscle Growth

The above-mentioned study by Higbie et al. found that eccentric-only training led to an average muscle size gain of 6.6% over 10 weeks while a concentric-only program led to gains of only 5%. While the difference may not seem to be huge, any bodybuilder who knows his stuff understands that 2% more muscle over a 10-week period can be visually important, especially in the long run.

These results are backed by another recent study (Farthing and Chilibeck 2003), which concluded that “eccentric training resulted in greater hypertrophy than concentric training.”

Why Is Eccentric Training Effective?

Eccentric training allows one to stimulate greater strength and size gains than pure concentric training. Why is that? There are five major reasons why:

For most of us, strength and size gains are the name of the game. However, the positive effects of negative training don’t stop there. We could also note the following “fringe” benefits:

The last few paragraphs were very dense in scientific information, but practically, what does it all mean?

The preceding information helps explain how emphasizing the eccentric by going slower will be good for muscle growth and might have a positive impact on strength. But why accelerate at the end of the range of motion to catch the stretch reflex? Because I believe that a lot of the muscle damage caused during the eccentric phase actually occurs at the turnaround point (when you switch from eccentric to concentric).

The more force/tension you produce at that point, the greater the impact on muscle damage. So, I believe that by accelerating on that last portion of the eccentric phase and then trying to reverse direction as fast as possible, you will produce more muscle damage creating a strong growth stimulus.

Furthermore, Louie Simmons has shown that the faster you are going when you change from eccentric to concentric, the more force you produce. So that will help you lift more weight and get stronger.

What About The Concentric

To make the concentric portion of an exercise as effective as possible one should increase the level of intramuscular tension during the overcoming action. To maximize this tension one must produce a very high level of force. The more force you have to produce, the more tension will result.

Remember that F=ma (Force = mass x acceleration). Once this is understood, it becomes clear that there are three ways of maximizing force output and thus intramuscular tension:

For the concentric portion, the key to remember is that regardless of the load used, you should try to lift the bar with as much speed as possible. That is, of course, with that repetition style. Slower concentric actions also have their place for other specific purposes.