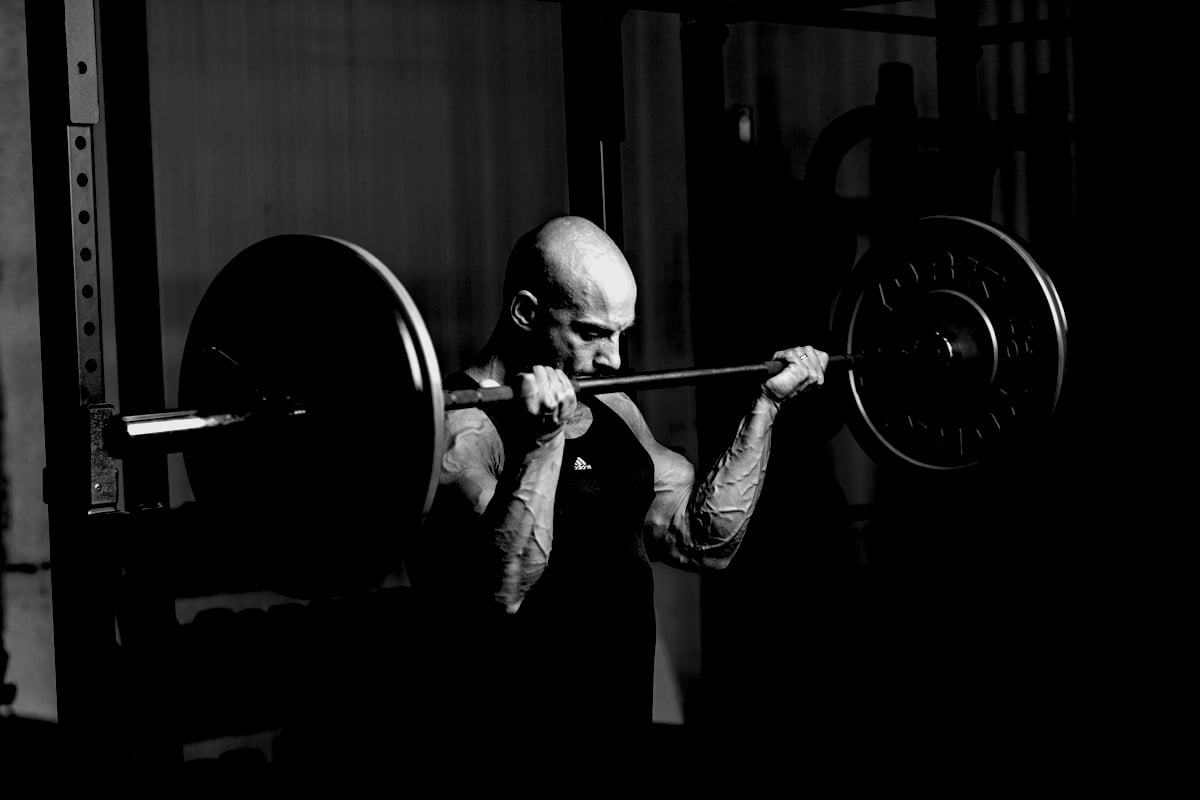 If you constantly repeat the same workout week-in and week-out, keeping the same exercises, number of sets, number of reps, and effort and intensity levels, you are pretty much-guaranteeing stagnation (unless you are a genetic phenom or using steroids).

There will always be those who strive to achieve a truly massive bodybuilding physique. But what I found to be the most desirable and wanted physique among most people is that of a muscular athlete. A sprinter, a gymnast, a running back or wide receiver, MMA fighter, you name it. Looking muscular and lean but also like to could hold his own in pretty much any type of physical or sporting contest.

And it’s not just about the look either: most want to look good but also be able to perform at least equally as well. We don’t want the body of a Ferrari with the engine of a Honda Civic!

Those two facts have pretty much been the cornerstone of my personal training career and have shaped how I train clients. I like to blend in various training styles and even training objectives. And although it can seem counterintuitive to spend less time on one specific goal, you can actually reach that goal sooner by changing things around more frequently than you might think.

With that in mind, I developed an elegant approach that allows one to get all of that: strength, explosiveness, muscle mass, and conditioning.

But more importantly, it does it while reducing the risk of injuries, preventing burnout/overtraining, and keeping the motivation high.

I call it the Jacked Athlete 31 approach. It’s the philosophy that I use with athletes and they all end up significantly stronger, faster, and more powerful while also adding a good amount of muscle in the process.

The approach is simple but the reasons why it works are much more complex (I’ll get to them later); basically, you use a performance-based plan for 3 weeks, and then you do 1 week of hypertrophy work.

The performance-based weeks can vary depending on your training level, training phase, and main goal. We have three main components to work on: strength, power, and conditioning. We can do them in each phase (concurrent approach) or concentrate on one for 1-2 phases before moving on to the next.

Bur regardless of the way you structure these performance weeks here are the guidelines I follow:

1. Use mostly, if not exclusively, multi-joint movements. You only use minor movements if they are needed to fix a serious issue that increases the risk of injury or hinders your performance.

2. I personally recommend using four exercises per session. With some people with a lower tolerance for training stress, I will use only three.

3. Use either a whole-body approach or an upper/lower split. Personally, I use a whole-body split 8 times out of 10 with clients. And on each of these workouts, I focus on a different muscle contraction (my Omni-Contraction System).

4. The loading schemes and methods should be selected to improve either strength or explosiveness. We don’t use typical “hypertrophy” schemes during these phases. The reps are kept lower (6 or less for most) and we normally use more sets per exercise (4 to 6).

5. We don’t train to failure, or even to the point of technique breakdown.

6. The rest periods allow for complete recovery between sets, without losing potentiation. We are talking about 3-4 minutes between work sets (the exception would obviously be when doing conditioning work).

7. When using a whole-body approach (which is what I use most of the time) we include one squat-pattern exercise, one hip-hinge pattern movement (can be a variation of the Olympic lifts if the athlete is competent in them), one press, and one pull.

8. We start every session with one explosive exercise (jumps, throws, striking, etc.) for activation purposes.

9. If we are using a whole-body approach 3 times a week, we add a fourth workout that I call a “gap workout” in which you only do low demands exercises (isolation and machine work) to work on muscles that might be lagging or are being neglected by your main exercises. These are trained using a more traditional hypertrophy approach.

The fourth week of each training block is a hypertrophy one. This is almost the exact opposite of the performance weeks. While you can use pretty much any effective bodybuilding/hypertrophy philosophy here, I personally stick to these guidelines:

1. At most, we use one multi-joint barbell exercise per session. Most of the work is either done with machines or using isolation movements.

2. Any type of “bodybuilding split” can be used. I personally favor the following:

This will hit most muscles twice per week (including indirect stimulation). Except for legs. However, if you are squatting and doing a hip hinge movement three times per week for 3 weeks out of 4, then it’s probably a good thing to only do lower body once during the hypertrophy week. If someone has very solid recovery capacities and low stress in his life, we could always add a 5th workout where he does some lower bodywork along with abs and forearms.

3. We use six exercises per session (three per muscle), most being lower-demand exercises.

5. Since we cannot use progressive overload (because we switch training to approach the next week), we should use more of a fatigue/metabolite-based growth stimulus. Which means sets lasting for 40-60 seconds under load. You can achieve that with higher reps, a slower tempo, or methods that allow you to do more work per set like drop sets, supersets, rest/pause, or myo reps.

6. We aim to reach failure on one work set per exercise. The other work sets will be 1 rep short of failure.

7. We do fewer sets per exercise (normally we do 3 work sets).

8. The rest intervals are a bit shorter than during the performance weeks, but we still want full recovery (studies have shown greater hypertrophy when you have better recovery between sets). This means 2-3 minutes between sets. The shorter rest is simply due to the lower demands of the exercises used during this week.

What is the most important thing to reach your training goal?

It’s not using the best loading schemes. It’s not the exercises you do or the methods you use.

I know, I know; you’ve heard that a million times and it sounds like a boring, generic answer. But it’s the truth.

But let me be more specific.

You need to train at a high level consistently. This means:

And this is why the 31 system works.

A Stable Training Load Leads To Boredom And Monotony

Boredom and monotony are often seen as the same thing. In training, they are not exactly the same.

Boredom is when something no longer gets you excited, this obviously affects motivation.

Monotony is when the overall training stress of the session stays the same for long enough for that stimulus to no longer lead to adaptations/changes in performance. If you impose stress on your body, it will adapt and get stronger. But if you keep imposing the same type of load over and over, eventually the body stops adapting (even if you try to add weight over time).

In both cases, lack of variation is one of the main underlying causes.

And by lack of variation, I don’t simply mean changing the exercises or methods. It can simply be a matter of always using a similar training volume or level of effort.

At first, changing the exercise while keeping volume and effort the same will be enough to prevent monotony and boredom. But fairly quickly, it’s not enough anymore. That’s why you need to have frequent variations in the training load to allow the body to keep adapting.

And that doesn’t even mean constantly increasing the training load. See, periods of lower stress training make the body more responsive to the bouts of higher training demands. In fact, the greater the contrast is between the high and lower demand periods, the higher and more sustained the progression is.

That might be the real benefit of a deload week: not necessarily the recovery but making the subsequent higher demand periods more effective by decreasing training monotony.

An article by Carl Foster (“Monitoring Training in Athletes with Reference to Overtraining Syndrome” in Medicine & Science in Sports & Exercise, July 1988). Found that the more similar the high and low load periods were, the less progress was made.

That’s the main reason why I like to throw in a bodybuilding week after three weeks of performance work. Both are essentially the opposite and that huge contrast makes the body more receptive to both phases and greater adaptations and gains follow.

This is a concept that I’ve been using for close to twenty years and I even wrote about it in the past here on T-nation. At the time, I didn’t fully understand the workings behind the strategy, but it’s something that I was doing with a lot of success.

Also, from a mental standpoint, the drastic shift in focus and mindset from one period to the next will have a dramatic impact on keeping your motivation and interest high, which will have a significant impact on the quality of your training.

Not to mention that it gives you mental relief from always having to try to beat the logbook and use more weight.

The one downside of important changes in training loads is that it increases the risk of injuries. Sport scientist and coach Tim Gabbett is the top expert in that regard. He found that athletes had a higher incidence of non-contact injuries when the volume of work sharply increased over a short period of time.

That’s why I like a 3 weeks wave for the performance work. Week 1 is always a lower demand week, to allow for a smoother transition from the hypertrophy week. Then the training demands are gradually increased over the next two weeks, culminating in the 3rd week, where you pull all the stops out. There is no sharp change in training load, but it is always changing. This gradual increase in training load minimizes the risk of injuries.

The hypertrophy week is also very effective in itself to lower the risk of injuries:

If you can avoid injuries, you can train at your maximum potential for longer, leading to more consistency in your performance and thus better gains.