Before the early 1970s, the measure of someone’s upper body strength was not the bench press; it was the overhead press. Personally, I prefer it that way. Pressing a big weight overhead while standing up requires greater overall strength than the bench press and more stability, rigidity and coordination. It also has less room for error if you want to handle big weights.

Personally, I have always loved big shoulders. Nothing says “power” more than big rounded deltoids and protruding traps. I often half-jokingly say that “shoulders make the man”. There is something to well-developed deltoids that make you look like a superhero.

Not surprisingly, I’ve always loved overhead pressing in all its versions. Recently I experimented with a different form of overhead pressing that I absolutely love because it gives me a significantly better deltoid contraction than regular military presses or behind the neck presses. It’s the Giant cambered bar press (Giant referring to a bar with a large camber, since there are bars with a small one too).

It could be enthusiasm from using a new movement speaking, but this is the best shoulder pressing exercise I’ve tried. I got a much stronger deltoid contraction and my training partner had zero pain while doing it (he has a slight shoulder issue when doing regular military presses)

What is the Giant Cambered Bar Press good for?

How is it done?

Are there any different variations?

Every overhead press variation performed with a bar can be done with a cambered bar. Here are a few of them:

Wide-grip cambered bar overhead press: Again, it is your regular overhead press but with a slightly wider grip (anywhere from 1” per side wider than normal up to a snatch grip). This is a good variation to improve strength at the start of your press.

Behind the neck cambered bar overhead press: If you do not have any shoulder mobility issues the behind the neck press is actually a better overall deltoid builder than the press from the front. It hits the medial and posterior heads of the deltoid a bit better.

The slightly instability from the camber actually makes this safer than the barbell variation because it leads to an increased recruitment of the rotator cuff muscles to stabilize the shoulder joint.

Cambered bar Bradford press: In the Bradford press you start with the bar from the front (regular starting position), press it just high enough that it clears the head, and you lower it back to the “behind the neck” starting position. You then press it back up just high enough to clear the head and bring it back to the initial position. This is ONE REP.

It’s a great assistance exercise to build muscle mass in the deltoids. It works mostly by keeping them under constant tension. It also greatly improves the start of the press. The camber will also provide quite a challenging as it will try to throw you out of the proper path which will force you to stay tight.

Cambered bar Savickas press: The ultimate exercise to improve both core and shoulder tension/stability when pressing! A Savickas press has you doing a strict shoulder press from a seated position. But you aren’t seated on a bench: you are seated on the floor with extended legs.

The slightest deviation from an optimal bar path will greatly challenge your core, especially with a cambered bar. It’s an exercise I like to use to teach proper overhead pressing mechanics: if you keep the bar in front (like many people do) you won’t be able to hold the position and you will know it right away.

The slightest deviation from the proper bar will make it very hard to make the lift. So unless you have a very solid and stable push press, I would not attempt it. But those who can do it properly will greatly increase their push press performance in very little time of using this drill.

What do you need to avoid?

Really any parameter that you use with regular compound upper body lift will work. So it can be anywhere from doing strength work in the 1-5 zone up to building hypertrophy with reps as high as 12 (or even 15 if you into that sort of things).

I personally prefer not to go above 10 reps per set, and normally I stay at 8 or lower. The increased stabilization demand might make it hard to do more than 10 reps with proper form with a decent weight.

I tend to gravitate toward different rep ranges depending on the variation.

For the behind the neck cambered bar press I like slightly higher reps normally 8 to 10 reps (again with various schemes), sometimes doing the odd set of 12.

With the cambered bar Bradford press I stick to sets of 6 to 8 but that is pretty like doing sets of 10 to 12 because each rep has both the front and back portion. It is only half of the range of motion so it is not equivalent to 2 full reps but it targets the hardest part of the lift so each rep does count, physiologically speaking, for more work than a regular rep.

I normally don’t use special schemes with this exercises, I just do 3-4 sets of 6-8 reps. But I will sometimes add regular military press reps after my 6-8 Bradford reps, I can normally get 2 or 3 full range press.

Pressing (overhead or bench pressing) with a cambered bar is an amazing way to train. Squatting with it is pretty awesome to! Sadly not everybody has access to a cambered bar. As you can see in my video we are using an attachment that you can put on a regular barbell. You can find a similar attachment for either the squat (long) or bench/overhead press (shorter) here

They only have the longer ones listed but the shorter ones are also available, you need to contact them by email to get them until they are put on the website. A great investment since it can be used for many exercises, for example, I used them for curls and it works awesome too. Well worth it. 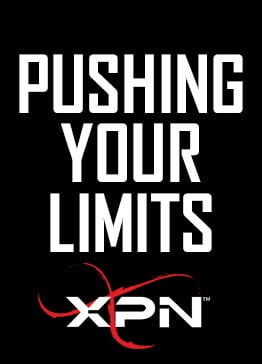 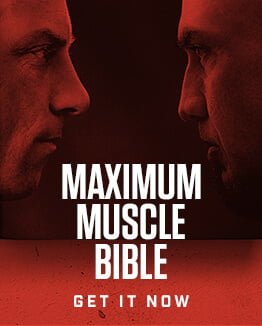 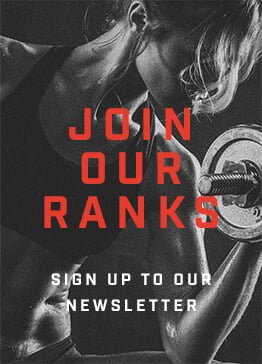