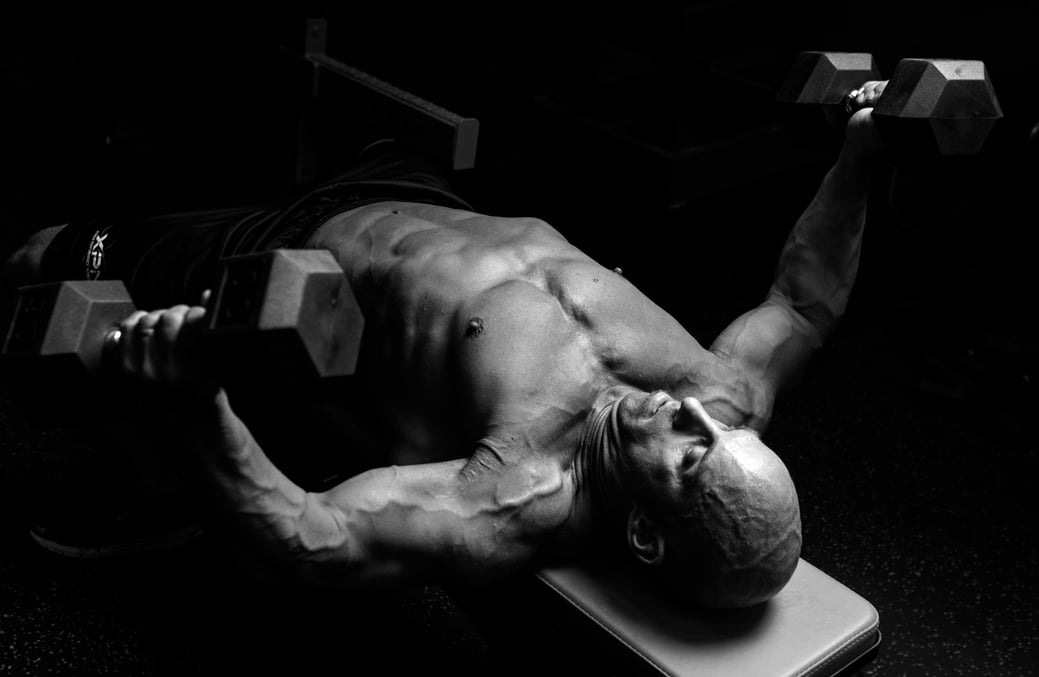 It’s funny how the world of “online fitness experts” works. Because you read all the articles that someone put out there, follow them on social media and even interact with them on forums, Facebook or emails you build a certain image of them.

As such, most people see me as this guy who always eats well, does everything perfect. Dudes (and dudettes), you have no idea!

Yes, I’m better than I once was, mostly for health reasons. But I’m far from perfect.

Don’t get me wrong; when it’s time to dial it in for a photoshoot (or a vacation on the beach) I can be robot-like with my nutrition. Sometimes to a fault. But when I don’t have that specific goal at the end of the line, I’m just like most of you: I love to train, I train hard, but it’s the dieting that gets me.

My own problem is my sweet tooth. I’m a sugar bug. And because of my neurological profile I have an enhanced pleasure response from sugary crap which makes it almost impossible to stop once I get started.

The stories I could tell you…

For one thing, I once gained 27lbs in 6 hours eating total crap. Pastries, donuts, cookies, ice cream, chocolate, you name it! Now most of those 27lbs where not stored either as fat or glycogen, the body simply cannot absorb that amount of nutrition in one sitting (otherwise all competitive eaters would be morbidly obese). But suffice to say that the next day I learned what giving birth felt like!

On another occasion, at the tail end of a bodybuilding contest prep, I had this huge craving for pastries and candy at 2 am in the morning. Of course, I didn’t have anything of the sort in the house so I took my car, drove around to find a convenience store that was open 24 hours and bought for 70$ worth of pastries, candy and other goodies.

I went back home and started to eat all that crap, crying and complaining that I was going to screw up my prep. After 10 minutes, I said “enough of this” put the remaining crap in a bag and went out to put it into the trash… only to go back out 15 minutes later to take the bag back in and finish it.

I once bought a dozen donuts at 11pm on a Friday night but couldn’t eat them because my cheat day (a concept that I learned I can’t use) was Saturday. So I put all the donuts next to my bed, set the alarm clock for 5am and went to bed. As soon as the alarm clock rang I didn’t even get out of bed, I simply grabbed the donuts one by one and ate them in about 3 minutes… then went back to sleep (insulin-induced coma makes sleeping much easier).

You get the idea.

At the moment, I’m dieting for a photoshoot and things are going great. I’m motivated and focused. But even then, my sweet tooth comes back to haunt me from time to time.

I need tricks to satisfy my cravings without killing my efforts.

One thing I’ve been using is a protein sorbet. It gives me around 65g of protein, 2g of carbs and 2g of fat. And honestly, I enjoy it as much as any commercial sorbet you can buy.

By the way I’m the kind of guy who has a hard time making toasts. So if I can do it, so can you! 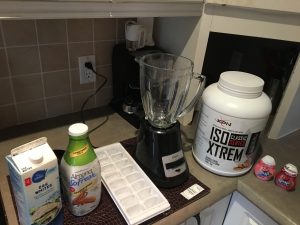 Put the ice in the blender. This is pretty self explanatory! 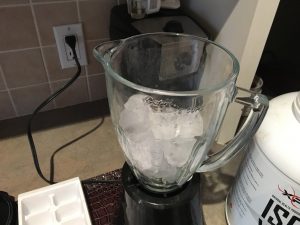 Add the egg whites to the ice 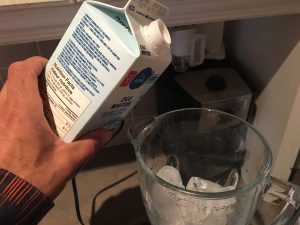 Add the flavoring of your choice. The amount you put in will be a matter of trial and error as we all have different tastes. I love sugary taste so I do put lots of it in. 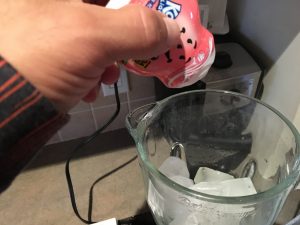 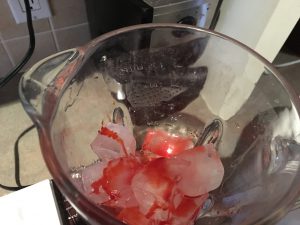 Put the two scoops of protein into the blender 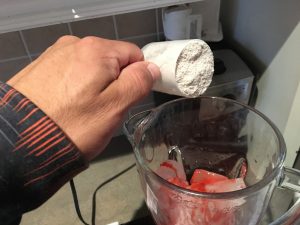 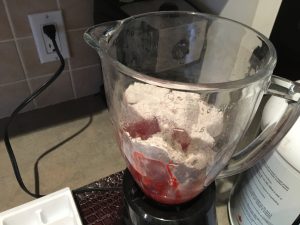 Add the sweetener if you want to use any

Add the almond milk. While in theory the order in which you put the ingredients in doesn’t really matter, I find that this makes it easier to blend. You might actually not need to use an entire ½ cup of either almond milk of egg whites, you just want to put enough that it will blend while keeping it thick. So again, trial and error is the way to go. 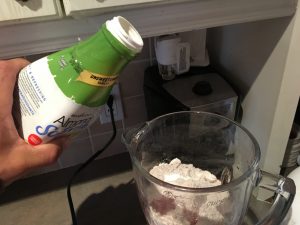 Put the blender cap on (do I really need to mention that!?)

Blend! Note that it might actually be hard to blend at first. When that happens, I stop the blender and move things around with a spoon then try again. If that doesn’t work I add just a little bit of liquid (egg whites, almond milk or water). Blend until it’s uniform and thick. 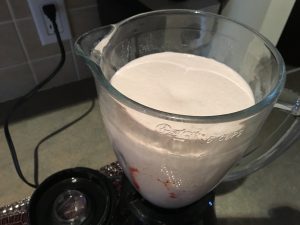 Pour into a sealable container 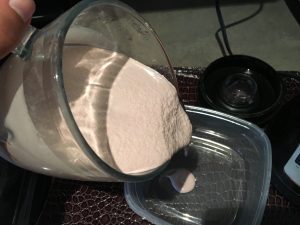 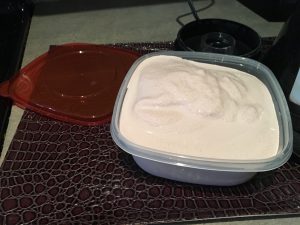 For me, it can be a lifesaver!

Can you use it while dieting?

Well, that’s actually kind of the point: using it when you can’t have pleasure foods in your diet to get that satisfaction without screwing up your fat loss efforts. Really, it’s exactly like having a shake (which it is, just in a different form).

Of course, just like with shakes I prefer to use mostly real food whenever possible. But having one of these per day (in place of solid food that would provide a similar amount of protein) will not negatively affect your fat loss at all. It might actually speed it up because it has less fat than solid protein sources and the fact that it is very cold can actually increase energy expenditure a bit (you actually get cold from it and the body has to use more energy to bring your temperature back up).

Can you use it up to the last minute of a prep (contest or photoshoot)?

In theory, yes, because it will not slow down fat loss. But it could make you retain a little bit of water (whey protein does that to many people) and it might make the peaking process a little harder to do perfectly. So just to be safe, you might want to drop it out about 5-7 days before the event.

What about whey being insulinogenic? Won’t that slow down progress?

It’s true that whey can indeed lead to the release of insulin because several of its amino acids are insulinogenic. And it’s also true that insulin can slow down fat loss if it is constantly elevated.

Insulin elevation both increases nutrients storage (which can be a good thing when talking about protein and carbs but not so much with fat) and decrease fat mobilization (the first step in losing fat). In the first case, it won’t be problematic because when having the sorbet you aren’t consuming any fat or carbs so there isn’t really anything to store in the fat cells.

The argument is more about the release of insulin decreasing fat mobilization. Well, honestly, the amount of insulin you will release from 2 scoops of whey will be very low (unless you are amazingly insulin resistant) and will not have an impact on fat loss. If it did, no bodybuilder would have ever been able to get lean while having protein shakes and we know this isn’t the case because of a lot of them diet down using 1 to 3 shakes per day. Heck, my friend Chris Shugart came up with a program called the Velocity Diet, which is a diet based on shakes throughout the day that allowed tons of regular folks to lose a lot of fat.

At some point, you have to stop focusing on theoretical minutia that has no impact on real-life results.

Note that since I began having the sorbet my fat loss has not stalled a bit, I’m losing weight at the same rate as the weeks prior, it has had no negative impact on my fat loss efforts.

And if you are so worried about the insulin release, simply take in 6g of omega 3 fatty acids and green veggies with your sorbet to slow down absorption and insulin release.

Furthermore, is it better to cave into cravings and have some pastries, cookies or candy or have a serving of protein sorbet? You have to put things into context. Not everybody is mentally ready to live solely on white fish and broccoli for 12 weeks!

When is the best time to eat it?

Personally, I like to have it post-workout. Whey protein has been shown to increase protein synthesis when consumed post-workout. Might as well kill two birds with one stone! The fact that it will cool down your body is also an interesting benefit when you are heated up after a hard session.

I’m not hung up on the supposed “anabolic window” but I normally have mine about 45 minutes after my workout.

Can I eat it all in one serving?

Sure. As I mentioned it’s pretty much like drinking a shake with two scoops of protein. Not everybody needs two scoops at one time (a 110lbs female doesn’t need 60g of protein in one sitting) but it won’t be damaging to your fat loss efforts either: in conditions of caloric restriction/deficit protein is pretty much impossible to store as body fat.

I’m a natural binge eater so I enjoy eating it all. But it makes enough for two servings and that makes it perfectly fine to divide it into two smaller intakes during the day.

Can I add anything to it?

Sure, some people might want to add some frozen fruits to it. Others will replace the almond milk and egg whites with low-fat yogurt or Greek yogurt (which provides an even better texture). These work, but understand that they contain more carbs so you’ve got to be more careful with planning the rest of your diet. 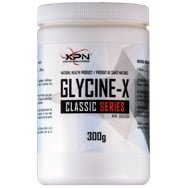 Post-workout glycine has two main benefits after a workout:

As an added benefit, it has a sweet taste so it an be used instead of the artificial sweetener. 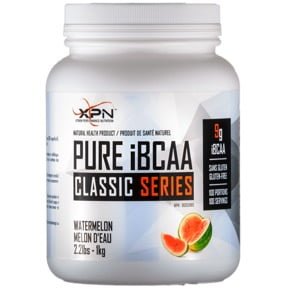 While adding BCAAs in your diet is always a good idea as it will help you build muscle, especially in a caloric deficit, I will confess that I’m adding it just because it gives the sorbet an even better taste and more consistency!

Here you go, enjoy your diet!