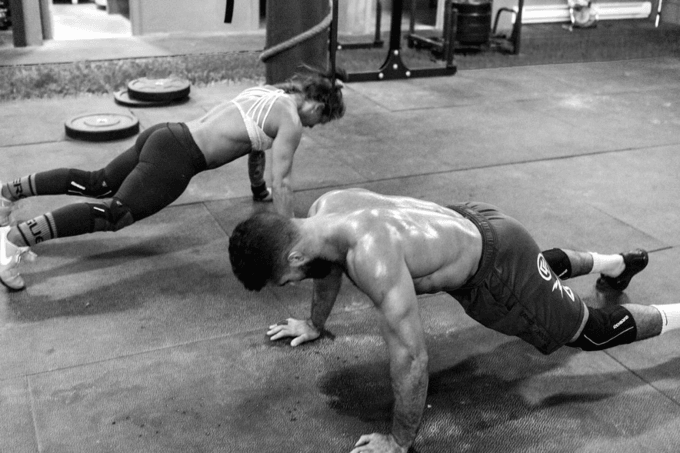 CrossFit training: Increasing your squat and these underrated eccentric contractions

Six to seven years ago, the worldwide web wasn’t that interesting in terms of CrossFit training. Coaches didn’t start the trend of exposing their art for free until around 2014, and everyone was looking for THE BEST squat cycle that could get you to your next PR. I don’t know any well-rounded Crossfitters who started around 2013 and never went through a Smolov cycle (probably the junior version) at least once. Where CrossFit was concerned, your friend the kinesiologist was staying far away from what they thought would be a flash in the pan, and your neighbour couldn’t bend his arms after his first « Murph » on Memorial Day.

That was then (but still…)

In terms of training, that first period was movement mechanics based. You could learn all the technique you needed by watching an expert on Youtube University. Progressions for the butterfly pull-ups, how to do a high bar back squat, you name it. The official certification is also very movement-based, and that’s probably one of the best gifts CrossFit has given to the training world: biomechanical knowledge for the mass, so that everyone could understand and perform a proper squat and deadlift. So, there’s one good thing: in most cases, we know how to move.

The problem I see most frequently in my lab is that most of the Crossfitters don’t understand what’s going on while they move. The focus has always been to move fast, to be the first to « scream time ». What we need to put forward now is the understanding of what is happening while we are moving.  Thibs has put it on the table many times, when he talks about « muscle connections ». Here, your job is not to ask people to “try to think of which muscle is working” while they are squatting.  Your job is to put them in specific context that will lead them to understand.

Here is a little experiment I ran with around 20-25 elite athletes and a lot of average joe’s. Before you start throwing me tomatoes, let me say this: At some point in your training journey, when you’ve got many years of squatting in your pocket, you may need to look in a different direction to increase your overall lower body strength. What’s more, in a sport like CrossFit, there are many squat variations included in your metabolic conditioning, and that counts in your weekly volume. Doing a squat cycle will require a lot from your central nervous system and you may have to cut somewhere else in your training, likely in places you actually need to keep training (like your Olympic lifts, gymnastics, maximal aerobic power on the Airbyke, etc.).  My 2 cents is that if your squat is weak, you need to squat. But if it’s not, maybe you don’t need to hit a squat cycle every year.

The goal of the experiment was to see if they can increase their squat without using a traditional squat cycle. The focus was based on using tempo squats, playing with the seconds they need to respect when lowering the barbell and pausing with it. This is the kind of work that will help them to increase their squat in the long term: getting better at lowering the bar and supporting it in the bottom. Concentric portions have always been done with the intention of producing maximum velocity.

Instead of having a high-frequency training solely based on increasing the squats, I use a low-frequency training (2 days as a priority strength work and 1 day of strongman work), but with a squat variation included in one metabolic conditioning in the week (that was in a day where we were squatting).  That cycle was done at the beginning of the athlete’s off-season to set the table for more squat variations using %.

Here’s the schedule for week 1, the progression was over 4 weeks:

The results were actually great. I finished the last week with a 2 rep max tempo back squat lowering the bar in 3 seconds. The strongest and most experienced athletes hit around 85-90% of their 1RM, the average strong and experienced athletes hit around 92-95% and the less experienced mostly hit their PR for 2 reps.  They felt the bar on much lighter on their shoulders because of the wide stance squat. Now, let’s see how this will transfer into a more classic strength and power program. If everything goes well, this first cycle will help us to get 10-15lbs more on their 2RM. Oh sorry, forgot to tell you I only test 2RM.