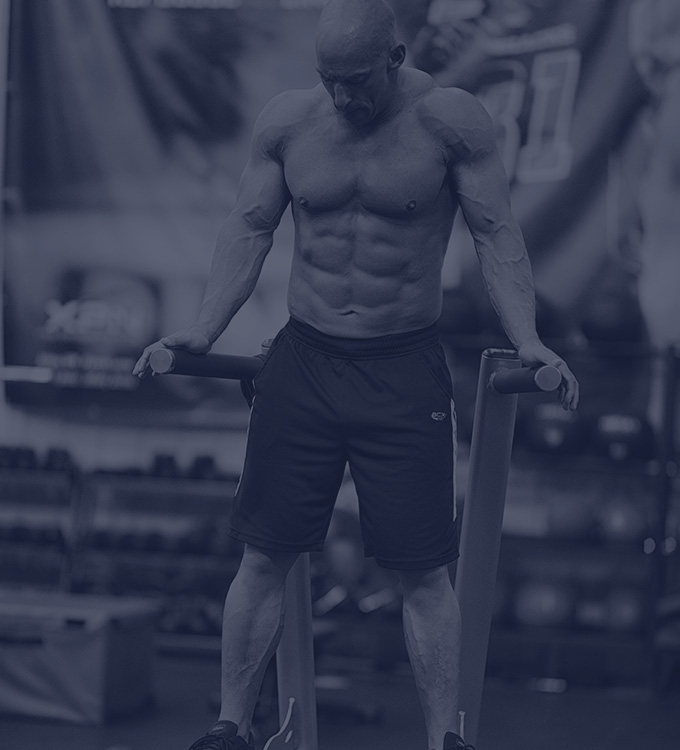 It can be frustrating.

You are progressing well. Your strength is increasing and you are adding a significant amount of muscle.

But the more you progress, the more something starts to become obvious:

In some muscle groups, you have one side larger and stronger than the other.

In fact, if you keep training the same way, the difference will only get worse. Why? Because on bilateral exercises (movements where both limbs are used at the same time using a single source of resistance like a barbell, a machine or a long handle for rows) the dominant side will take on more of the work, meaning it will receive more stimulus and grow more. Accentuating the imbalance.

So, what can you do to fix the issue?

Here are some of my favorite and most effective strategies.

Here are the types of exercises I will be talking about in this article. I want to define them right from the start to save us all some time and won’t have to explain what I mean every time I refer to them.

In this type of movement both sides are working together and are doing the same thing at the same time (mirror action). There is no independent source of resistance (e.g. dumbbells, single pulley attachment, etc.), both sides are using the same source of resistance, most likely a barbell or a machine. Typical examples include squats, bench press, deadlifts, military press, barbell row, chin-ups, leg press, hack squats, leg curls, etc. These typically represent the majority of the exercises we do in a program.

These are similar to normal bilateral movements but are done with an independent source of resistance for both sides. But both sides are doing the same thing at the same time, like a dumbbell bench press, bent over dumbbell row, dumbbell shrugs, etc.

These movements have you use a source of resistance for each side (e.g. holding a dumbbell in each hand), doing the same movement, but doing one side at a time. Examples would include alternating dumbbell curls and alternating lunges.

In this variation you perform an exercise one side at a time. Doing all your reps for the right (or left) side, then switching to the other side.

The higher up on the list you are, the less effective the movement will be at fixing a left to right imbalance.

We easily understand how bilateral exercises are less effective: it’s much easier and likely for the dominant side to take over because of the single resistance source.

But it might not be clear why pure unilateral exercises would be better than dual resistance bilateral exercises. The reason for this is that when both limbs are working at the same time, the excitatory drive of the nervous system is more divided, having to activate and control both sides at the same time. Whereas, with pure unilateral movements all of the neural drive is sent to the one muscle/side that you are working. A stronger excitatory drive can help recruit more fibers, leading to better stimulation and growth.

Now let’s talk about the various strategies you can use.

Note that it is possible to use more than one strategy at a time, but it is not required.

You will start your workout with one or two pure unilateral exercises for the muscle group in which you have a left-to-right imbalance that you want to fix.

Ideally select a targeted or single-joint exercise to isolate the muscle as much as you can.

In this first option you start with the stronger side, which can be counterintuitive, and you take your sets close to failure (around 1 rep in reserve).

START THE WORKOUT WITH PURE UNILATERAL WORK – THE HEADSTART

Just like with our preceding approach, you will start your workout with one or two pure unilateral exercise(s) for the muscle group that has a left-to-right imbalance.

Ideally select a targeted or single-joint exercise to isolate the muscle as much as you can.

This is the strategy to use if there is only a small different in strength between both sides.

This one is straight-forward: at the end of a workout for the muscle group that has a left-to-right imbalance, add one pure unilateral exercise, but only do it for the weaker side.

For example, if your left bicep is smaller than your right one, at the end of your workout perform 3-4 sets of single-arm dumbbell curls for the left arm only.

Don’t use heavy weights; instead use intermediate reps (10-12) and a slower tempo on both the concentric and eccentric. Focus on flexing the muscle against resistance rather than on lifting the weight.

The goal of this strategy is to increase the sensitivity of the neuromuscular junctions on the lagging side. In turn making the muscle more responsive to activation once you start the “normal” lifting portion of your workout.

To do this you will perform a targeted/single-joint exercise for the lagging side only.

This is done at the beginning of your workout, before your regular lifting exercises.

You will use resistance bands and your mindset should be to flex against resistance more than on lifting from point A to point B. Really focus on getting the strongest contraction possible.

Here’s the thing: you must do it to non-fatiguing levels. Meaning you don’t go anywhere close to failure. Stop with a good 4-5 reps in reserve. If you create too much fatigue it will backfire by making the lagging side even weaker, which will lead to less stimulation during your workout.

Perform 2-3 such sets; up to the point of achieving a very mild pump. Then rest 3-4 minutes before starting your workout.

As much as you can, use only exercises from the bottom three categories that we saw earlier:

And do that for every muscle group.

Why for every muscle group? So that we train the body to use both sides equally and reduce overall compensation patterns. Not to mention that in several bilateral exercises (rows, pull-ups, bench, military press, squat, deadlift, etc.) even the non-primary muscles are involved to some extent and eventually all of that work can make a difference.

Let’s look at some examples of exercises you can use for each muscle. These are not the only ones you can use. It is to illustrate the concept.

A friend of mine who is a competitive bodybuilder and coach has very dominant arms. Or should I say “arm”. His right bicep and tricep are significantly bigger than his left side.

In a random discussion I learned that he started being interested in muscles at a very early age and would constantly flex in the mirror.

But here’s the thing: he would always flex his right bicep and right tricep!

Over time, that made him a lot more efficient at recruiting and contracting his right arm. The result was that as soon as he started lifting, that side grew a lot faster.

I strongly believe that the better you are at flexing and creating tension within a muscle, the more effective your lifting exercises become at stimulating muscle growth.

We can use that effect to fix a left to right imbalance: start including daily flexing or contraction practice for the lagging side.

This can be as simple as doing a pose/flex for the lagging muscle, flexing that muscle as hard as possible for a few sets of 10ish seconds. You can even do that several times a day.

If posing is not your thing, you can replace the posing with targeted exercises using resistance bands (which do not cause muscle damage and can be done frequently) for the lagging muscle. Doing a few sets per day for the lagging side only, focusing on feeling the muscle and contracting it hard.

This might not lead to a huge size increase by itself, but it will make the lagging side more responsive to your regular training by improving your capacity to create tension with the lagging side.

THE EXTENDED SET FOR THE LAGGING SIDE

Our last strategy is to use 1-2 pure unilateral exercises for the muscle in which you want to fix the imbalance. Ideally a targeted or single-joint movements. For 3-4 sets.

For the dominant side you perform regular sets, close to failure.

For the weaker side you start by doing the same; performing reps close to failure. But then you add an isometric hold at the position of highest tension in the exercise for as long as tolerable. Don’t just hold the weight in place, contract the muscle as hard as possible while doing it.

Another alternative is to do a rest/pause set instead of the hold. Once you reach a point close to failure, rest for 15 seconds and then perform as many extra reps as possible. Again, you only do this for the lagging muscle.

Use plenty of rest between sets to avoid losing too much capacity on your weaker side from set to set.

This method is best suited for when you have a size imbalance but no difference in strength between both sides.

THERE IS A SOLUTION!

Imbalances can be annoying. Visually they can take away from the aesthetics of your physique. Performance-wise they can even lead to compensations that can further limit your performance and increase the risk of injuries.

The solutions above will allow you to fix the issue most of the time (some imbalances are due to neurological factors, postural issues or past injuries). But it is not magical or automatic; it takes time to stimulate enough additional growth to fix the issue. But it will work.

But that’s one of the reasons why few people fix their left-to-right imbalances: it takes patience. You can only build a certain amount of muscle mass overall, only a small part of that will be added to the lagging side. But overtime you will add enough size to bring both sides in to balance.