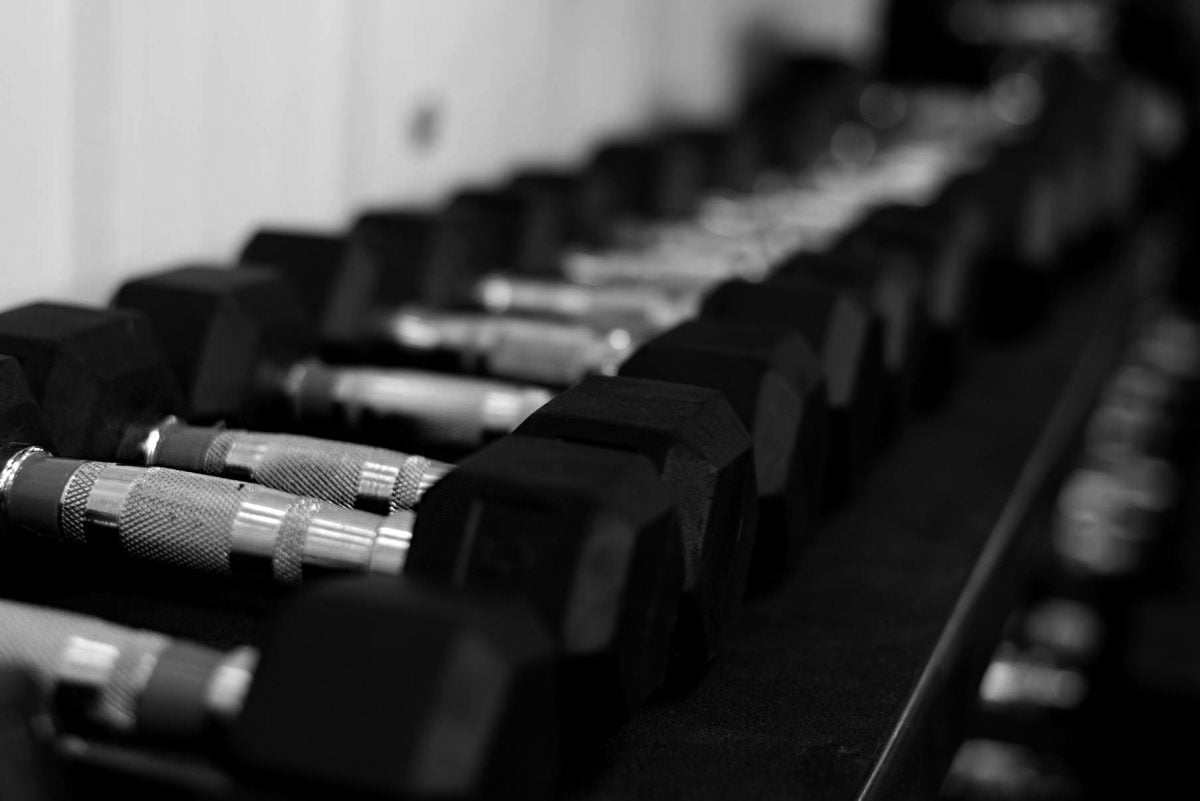 To increase your muscular size and strength, you must methodically impose new demands on your muscles by exceeding previous levels of physical development.

There are certain unique and highly stimulating methods of overloading a muscle that will allow you to accomplish this. Here are some solid facts and easy-to-grasp strategic methods and how to use them effectively for optimum muscle blasting.

For this particular article, I am going to include 4 Approved Red-Line Blowtorch Intensity Techniques.

Why are they approved?  Because they have produced eye-opening, second-to-none, muscle & strength results IN THE GYM-WHERE IT COUNTS for hundreds . . . even THOUSANDS of dedicated hardcore bodybuilders world-wide. I personally feel and think you’ll agree that ultimate credibility is results.

These 4 Intensity Techniques can do wonders for making a plain vanilla training program fresh and interesting, which in turn will keep you progressing toward upping the muscle & strength gain factor.

Please remember that the following techniques should not be used all at once – use only 1-2 at any one time. Any more than that and you may overtrain the central nervous system (CNS).

You don’t want this to happen, but instead want the central nervous system to remain activated, fresh and in a constant state of adaptation to the techniques I am about to present.

The 4 Approved Red-Line Blowtorch Intensity Techniques contained in this article have been designed primarily for the advanced bodybuilder, the man who has already made considerable progress in building his body, the man who wishes to go on in building the maximum amount of muscle size and strength possible.

The first (of 4) approved red-line blowtorch intensity technique most worthy of discussion is the:

One of the most intense ways to break a training plateau is by doing fifty and/or a hundred reps set for an exercise.  Select poundage which will allow you to perform 25 solid consecutive repetitions. No more and no less.  Upon completion of the 25th rep take a 15-second rest-pause while breathing deeply.  Continue on by gutting out a few more reps to failure and take another rest-pause of 15 seconds . . .

You’ll have to tweak the 50 or 100 reps set depending if you are using a core growth (compound) and or muscle-specific (isolation) exercise.  For example, there is less energy expended when doing Machine Leg Extensions than when doing the Barbell Back Squat. Here are 4 more intriguing variations for doing 100s (Also refer to the German Volume Training intensity technique in this eBook).

Variation No. 1: Hundreds can be done in Giant-Set fashion where 5 exercises for a selected muscle group are performed for 20 reps each. A worthy challenge would be to complete the 100 reps in 100 seconds

Variation No. 2: of 100s involves one exercise only and is accomplished in the following manner.

Variation No. 3: Select an amount of weight that will allow you to reach a minimum 60-70 reps without a rest pause. Rest-pause 60 seconds. Finish the final 30-40 reps. Another option is to only take 10 second rest-pauses rather than 60 seconds.  Here’s an example. After completing the initial 60-70 reps put the barbell/dumbbells down. After taking a 10 second rest-pause, pick the weight back up. Do a few reps (to momentary positive failure), 10 seconds rest-pause, do a few reps, 10 seconds rest-pause etc., until you finish the final 30-40 reps.

Variation No. 4: Another way to up the intensity of 100s subsets is to do 10 Sets X 10 Reps beginning with poundage that is 20% of a maximum single effort and only take 6 second rest-pauses between each set. This can be brutal beyond belief.

Author’s Note: Dr. Ken Leistner publicized the 50 reps set method. The 100 reps concept has been heavily publicized in past issue of Flex magazine by Jeff Feliciano and in Muscle & Fitness by Jeff Feliciano and James E. Wright, PhD. Over the insuring years other writers such Christopher Chardon, Diana Dennis, John Parrillo, Don Ross and Chad Waterbury have given this gratifying system, acclaim via the medium of their published writings.

The second (of 4) Approved Red-Line Blowtorch Intensity Technique is the Davis sets explained:

This is a six-week mass and strength micro-cycle periodization training concept popularized by Steve Davis former AABA Mr. California, IFBB Mr. World and one of the world’s most symmetrical bodybuilders.

On two nonconsecutive workout days during the first two weeks of training, Davis suggests using the one-rep principle in which a weight can be handled in a strict positive/negative contraction.  The idea is to do 10 continuous one-rep sets, decreasing the poundage just enough to grind out one more single rep until ten reps are completed.

There is no rest between each of these one-rep sets except to remove plates from the barbell for the next rep.  Davis says that this program will really up one’s power.

During the third and fourth week of training, ten sets of maximum triple reps MTR are done with no rest other than the time it takes the lifter, or training partner, to remove just enough weight to accommodate three more continuous reps.  Continue on in the manner described until all ten sets of three reps are completed.  One this two-day-per-week workout cycle, mew muscular size will become very evident.

On the final weeks (five or six), ten sets of seven reps are suggested.  This should develop some very meaningful muscularity.  Use the same training style and procedure as described for weeks one through four.

The Davis Set methodology lends itself quite well to the use of the master exercises which work the major muscle groups such as Barbell: High-Bar Olympic-Style Squats with heels on a block, Back Squats, Low-angle Bench Press, Close-Grip Bent-Over Rowing, Seated Press Behind Neck, Braced Barbell Curl, Seated and/or Lying EZ-Bar French Press and Palms-Up Wrist Curls.

For the minor muscle groups, master exercises such as Leg curls, Stiff-leg deadlifts and Braced barbell reverse curls can be easily structured into the Davis Set concept.

Some strength coaches may argue that the Davis Set incorporates a fatigue factor (no rest between sets) into the size, power, and muscularity equation.  This may be true, but who is going to argue this point when such a great gain factor is so evident from doing the Davis Set?

Muscle Rounds (aka-Cluster Training) are in my opinion one of the most ingenious and simplistic intensity techniques for increasing the muscle gain factor I have ever come across.  This technique is the true core behind The Titan Training system developed and written about by Leo Costa Jr., Dr. Russ Horine and Bob Pierce

Here is an uncomplicated explanation of how to perform Muscle Rounds.  Select poundage you can do for n 8-10 rep maximum in a specific (shape training) and / or core growth exercise. Perform 4 full exercises, range of motion reps, rest-pause 10 seconds.

This is one Muscle Round. Repeat for 5 more rounds (of 4 reps + 10 second rest-pause each). Six Muscle Rounds equal one series.  For a particular exercise perform 4 series, resting 1 minute / 45 seconds between each.

With Titan Muscle Rounds you will do 4 Series (the first number). Each series consists of 6 Muscle Rounds X 4 Reps of an 8-10 RM [the bracketed numbers]. Rest-pause 10 Seconds between each muscle round, using an 8-10RM

If you have chosen the correct poundage for Muscle Rounds a couple of things will become very evident.  Muscle Rounds 1-3 of the series will seem fairly easy to complete. But beginning with Muscle Rounds 4-6 your muscles will almost immediately go into lactic acid paralysis.

You will have to resort to extreme mental tenacity to make the muscles contract during the final 4-6 Muscle Rounds. The reps may seem hopeless to complete but DON’T give up. This TRAINS YOUR MUSCLES TO OBEY YOUR WILL.

The fourth and final Approved Red-Line Blowtorch Intensity Technique is the:

Dr. G. Kerry Knowlton, former international pro wrestler and very high profile doctor in the chiropractic field. came up with the idea of the Myo-Genetic Set concept and wrote about it in a book titled: Myo-Genesis.

Nowadays, the Myo-Genetic Set is generally known as a strip set, but it’s a good deal more structured than that . . .

The basic 6-step premise of the Myo-Genetic Set is as follows:

1) Always do a muscle specific warm-up before beginning steps two and three.

2) Load up a barbell to what you are capable of performing for a near maximum single effort.

After a few workouts you will be able to gauge your starting poundage more accurately.

4) Quickly remove enough poundage after each single complete exercise range of movement rep. This should be done in a manner which will not allow you to stop or rest.

5) Perform 8 to 10 consecutive single reps per set. Do only 1 to 2 sets per muscle group. Do only 4-6 sets total per workout and only on compound or core growth exercises (Barbell: Squats, Bench Presses, Curls, Deadlifts, etc.) and NOT on isolation exercises (Dumbbell: Flyes, Lateral Raises etc.)

6) Work each muscle group only once per week when using the Myo-Genetic Set method and at the most for a total of 4-6 weeks in duration.

I have offered you some of the best-of-the-best advanced intensity techniques.  The rest is up to you.

Read and intelligently master the 4 Red-Line Blowtorch Intensity Techniques presented in this article and see how they work for you personally. You will get out of these techniques, what you put into them.

Dennis B. Weis is a Ketchikan, Alaska-based previous top level titled Power-Bodybuilding champion. He is also a hard-hitting, uncompromising freelance professional writer and investigative research consultant in the fields of bodybuilding, nutrition, physiology, and powerlifting.  During the past three decades he has established a small but dynamic one-man business to service male and female bodybuilders, fitness buffs, and powerlifting enthusiasts of all types with very personal (one to one or mail order), and highly professional instruction on all phases of physical excellence.  He has coached literally hundreds of select clients, one of the most notable being a personal training advisor to the 1983 Miss Minnesota winner.  One of the training tools he uses as a personal trainer is the revolutionary and famous Samra R.E.S.T. Principle.